The Transportation Safety Board of Canada reiterated this week its call for better procedures and warning systems to reduce the risk of collisions between airplanes and vehicles on the ground at airports. 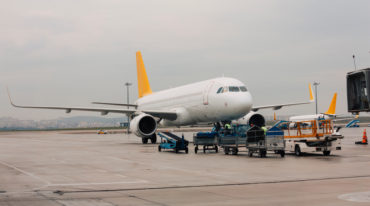 There is more than one runway incursion every day in Canada, TSB states on its website.

“Improved procedures and enhanced collision warning systems must be implemented at Canada’s airports,” TSB stated Tuesday in a tweet.

“Incursions are rare, but their consequences could be catastrophic,” TSB noted on its “watch list” web page.

On March 27, 1977, 582 people were killed after two Boeing 747s collided on a runway at Tenerife Airport in the Canary Islands, the United States National Transportation Safety Board reported earlier.

On Dec. 20, 1972, 10 passengers of a DC-9 – operated by North Central Airlines – were killed at Chicago O’Hare airport while it was taking off in fog, NTSB stated. The DC-9 – which was destroyed by impact and fire – collided with an airplane that was taxiing across the active runway. Eleven years later, a snow sweeper driver was killed at Joe Foss Field, Sioux Falls, S.D., after a DC-9 hit the vehicle while landing. There was significant damage to that DC-9 but all passengers and crew exited without being injured, NTSB said at the time.

TSB is a separate agency from Transport Canada that investigates incidents in aviation, marine, rail and pipelines in Canada. TSB does not make findings of criminal or civil liability, but does recommend ways of reducing risk.

TSB also has a watch list containing what TSB characterizes as the “the eight issues posing the greatest risk to Canada’s transportation system.” Runway incursions is one of those eight.

“Although their frequency is relatively rare in relation to the number of take-offs and landings taking place every year, the consequence of a runway incursion could be catastrophic,” TSB said July 20 in its annual report to Parliament.

“Companies and authorities involved in runway incursion occurrences have reacted positively to TSB findings to that effect by communicating or modifying procedures,” TSB added in its report to Parliament. “However, the number of these occurrences remains at approximately one per day.”

In its report, TSB added that Transport Canada “could take a more proactive role to encourage industry to improve procedures and adopt enhanced collision-warning systems.”

On its watch list web page, TSB refers to 17 investigation reports into runway incursions from 1999 through 2013.

For example, on March 11, 2013, TSB reported that a van operated by a Sunwings Airlines Inc. was left unattended – with the engine running and in drive – near a gate at Toronto International Airport. That vehicle began to move on its own power, shortly after 11:30 p.m. local time. It crossed a runway while an Air Canada Embraer EMB 190 was landing. The EMB 190 had 67 passengers and five crew.

Air traffic controllers ordered the EMB 190 crew to pull up and go around but that order, over the radio, “was masked in the cockpit by a louder overlying enhanced ground proximity warning system automated callout, and the crew did not hear it,” TSB reported. Seven seconds later, controllers gave another order for the EMB 190 to pull up and go around. However, the crew did not realize that order was meant for them. So the EMB 190 landed after passing 35 feet above the Sunwings van, which the crew did not see. The van had an orange beacon light but the bulb was 7 Watts, not the 37.5 Watts specified by Transport Canada.

In an earlier incident investigated by TSB, also at Toronto International, a Boeing 767 nearly hit an Airbus 310 that was being towed across the active runway.

“The north ground controller issued authorization that implicitly included clearance across Runway 15L,” TSB said in the report. Runway 05 had been used for departures until about 10 minutes before the incident.

The tow truck driver hauling the Airbus saw the 767 “but did not perceive it to be in motion until he was fully onto the runway and in a position where he had no alternative but to continue to cross in order to vacate the runway as quickly as possible,” TSB said in the report.

When the 767 crew saw the Airbus being towed across the runway “the rejected the take-off, reaching a speed in excess of 90 knots approximately 2,500 feet down the runway, 3,500 feet from taxiway Sierra,” TSB said in the report. The 767 was still doing 40 knots when the tractor and Airbus cleared the runway on taxiway S.

An air traffic control trainee “had scanned the runway before issuing the clearance” to the 767 but did not notice the tractor towing the Airbus on taxiway S, TSB said in its report, released in 2002. An on-the-job instructor in the north tower saw the tractor but “assumed that it would hold short” of the runway instead of crossing, TSB added.

Toronto International Airport is equipped with airport surface detection equipment “that provides a real-time display of aircraft and other traffic operating on airport manoeuvring areas,” TSB said in the report. “It was operating on the day of the occurrence but was not used by the north ground controller nor was it required that it be used in controlling ground traffic.”

The airport surface detection equipment includes a runway incursion monitor/collision avoidance system (RIMCAS) software enhancement, which  “is intended to provide an alarm in advance of potential conflicts on the runway so that avoidance action can be taken,” TSB added.

At the time of the incident Oct. 2001, RIMCAS was used “only selectively while false alarm problems were being addressed,” TSB said. “It has since been commissioned for operational use after some minor changes to software.”

TSB noted in 2002 that the Greater Toronto Airports Authority “responded very quickly by issuing an urgent safety bulletin outlining the requirement and emphatically requiring that the vehicle operator must stop short of the mandatory hold line for a runway, whether active or inactive, if he does not have a specific authorization to proceed.”