When Barry Lorenzetti set up his family foundation a few years ago, it was with his uncle Arthur in mind.

Lorenzetti, president, CEO and founder of commercial brokerage BFL Canada, remembers when his uncle would visit Lorenzetti’s home when he was growing up in the 1960s. His uncle fought in the Second World War and was suffering from what was known at the time as “shell shock,” now referred to as post-traumatic stress disorder (PTSD).

“I had this at the back of my mind for decades,” Lorenzetti said in an interview Monday. “And then about four or five years ago, I decided to form my own foundation with uncle Arthur in mind, focused on PTSD, but also mental health in general.”

The Barry F. Lorenzetti Foundation (BFLF) supports a number of mental health-related causes, including military-related PTSD and youth mental health. One focus is on women who have served in battle. “They’re the ones who have been hardest hit and the suicide rate for women in infantry and military is much higher than it is with men. And in men, it’s quite high, so you can imagine the level,” Lorenzetti said.

According to the 2017 Veterans Suicide Mortality Study, the risk of dying by suicide is 81% higher for female veterans than for the general female population in Canada.

Lorenzetti spoke with Canadian Underwriter about his charity initiatives for the BFLF, about a month after he donated $500,000 to establish the Barry F. Lorenzetti Centre for Women Entrepreneurship and Leadership at Concordia University in Montreal. 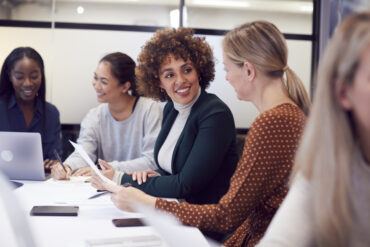 “When I was first approached by the Centre for Women Entrepreneurship and Leadership and heard that the centre’s vision was to become an academic leader in Canada for research on women entrepreneurship, it did not take too much time to make a decision,” Lorenzetti said. “I strongly believe that a diverse workforce builds a dynamic and successful company.”

One of the goals of the centre is to develop gender-related collaborative projects pertaining to entrepreneurship, leadership, governance and family-business practice. Lisa Giannone, regional vice president, eastern Canada, for BFL Canada, told Canadian Underwriter last week that the aim of the centre is to create a sustainable hub of expertise and research on women in entrepreneurship and leadership.

The centre will also develop proposals to advance women in entrepreneurship and leadership, and promote partnerships between the business community and academia to bridge research and practice.

“Bringing together diverse female leaders and entrepreneurs in the business community with academic leaders is so important because empowering women helps fuel economic development,” Giannone said. “Although women entrepreneurs are important for creating new jobs and contributing to the social and economic fabric of their societies, the effects of women’s entrepreneurship on growth and culture are still downplayed.”

As for Lorenzetti’s foundation, he said “it’s not only surrounding yourself with people who can fundraise and raise capital for you, but it’s also people that can tell you the stories that are sometimes very, very disheartening.” Lorenzetti recently brought a young man who served in Afghanistan onto the board of directors of the foundation.

Every year, the BFLF hosts a gala. This year’s musical event will be held on Remembrance Day. Participants rehearse for several weeks before performing on stage. “We have raised… millions since we put this plan together, and we’re hoping to raise another $500,000 to $600,000 for these causes in November of this year,” Lorenzetti said.

“It’s really rewarding for me to give back like this, as it is for other leaders of industry who give up their time. We have some great support from the insurers, and the presidents of insurers right across Canada, so I’d like to thank them for that as well.”

Mental health is also on people’s minds during the COVID-19 pandemic, and Lorenzetti reports a “flood of inquiries” from universities and hospital centres asking for support. His team is looking at how it can expand the resources of the BFLF to reach more people.