The biggest changes for insurers in 2017 could come from product innovation, predictive analytics, cybersecurity and digital distribution, according to a new executive brief from Boston-based research and advisory firm Novarica. 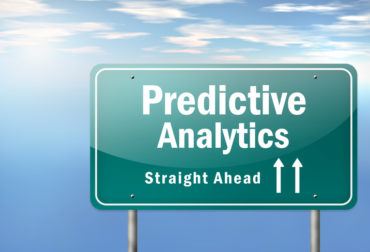 Released on Tuesday, the report, titled Five Potential Changes in 2017 for Insurance, details the areas where insurers see “real change” is likely next year, and the steps they are taking to prepare. Novarica polled 66 insurer chief information officers that are members of the Novarica Research Council.

The report said that while most of the insurance industry admits the potential for real change to occur in the industry, few expect it in the short-term.

“If one compares the rhetoric of most senior executives in insurance and the strategic plans of their companies, it’s clear that they are expecting significant changes in the next 10 years or so, but that the next 12 months will look a lot like the last 12,” said Matthew Josefowicz, president and CEO of Novarica and co-author of the brief, in a press release. “At the same time, there is a widely accepted risk of significant change within the coming year. Bill Gates famously wrote in 1996, ‘We always overestimate the change that will occur in the next two years and underestimate the change that will occur in the next ten.’ But the insurance industry may be flipping this dictum on its head.” 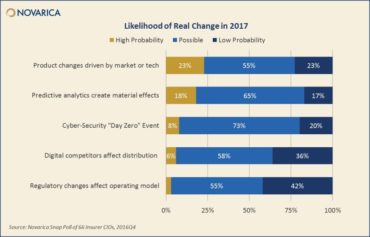 Among the key findings of the report are: