More than four months after the release of David Marshall’s report on auto insurance, Insurance Bureau of Canada’s president and chief executive officer is hoping Ontario’s brokers will “add their voice” to calls from the industry to “fundamentally overhaul” auto insurance regulation in the province. 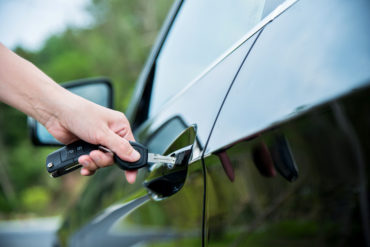 The Marshall report “is an excellent precis of what is wrong with the Ontario auto insurance system and some of these issues date back almost 25 years,” said IBC president and CEO Don Forgeron, who – along with Marshall – is scheduled to appear in Ottawa Oct. 25 at the annual convention of the Insurance Brokers Association of Ontario (IBAO).

Marshall, former CEO of the Workplace Safety and Insurance Board, was appointed in 2015 as a special advisor to Finance Minister Charles Sousa.

Fair Benefits Fairly Delivered: A Review of the Auto Insurance System in Ontario final report, was released April 11. In it, Marshall made 35 recommendations.

“He has suggested some ways forward, so the conversation that I hope to have with David would be around what led him to these conclusions so that we can better understand what those underlying issues are and then probe a little bit around some of the solutions that he has put forward,” Forgeron told Canadian Underwriter of his upcoming conversation with Marshall, part of the annual BIP Talks, a series of half-hour talks for which IBAO Convention attendees can get Registered Insurance Brokers of Ontario education credits.

One of Marshall’s recommendations is for Ontario to establish hospital-based examination centres with authority to establish treatment plans that would have to be provided by the insurers, without dispute.

Marshall proposes a system that he says is different from the designated assessment centres (DACs) that were used until 2006, in that an evaluation would “take place much earlier in the treatment cycle.”

An independent examination centre would not be “concerned in any way with approving or denying a claim,” Marshall said in the report, noting that in the past, the DACs would assess auto claims “as precursor to a mediation or arbitration hearing or litigation.”

Marshall also recommended the province “set up an arms-length regulator with a skills-based board” suggesting that this is already under way with the passage into law in 2016 of the Financial Services Regulatory Authority of Ontario Act.

The new regulator should have authority to establish “programs of care for common injuries and establishment of a roster of qualified independent examination centres,” Marshall wrote.

The regulator “must be an independent office and must have the authority to make policies and regulations which are binding in the field of automobile insurance,” Marshall added.

IBC is “absolutely” in favour of the independent examination centres proposed by Marshall, Forgeron suggested.

“We believe that is one of the things that could be done relatively quickly,” Forgeron added. “We think it’s something that is in the best interest of consumers. That is something we think would have an immediate impact and would provide for better health outcomes, which is something the system has not been focused on for many many years.”

In his report, Marshall noted that the Ontario Statutory Accident Benefits Schedule was “never intended” as a “cash jackpot” but that many insurers “are incented to close their liability with as little cash cost as possible and hence they introduce the practice of negotiating cash settlements with claimants in lieu of medical treatment, future wage and other future benefits under the SABS.”

“The amount of leakage of funds in the system – expenditure not going directly to the benefit of claimants at about $1.4 billion a year … is extraordinarily high,” Marshall added.

“What I would hope is that brokers would add their voice to the other voices that are calling on this government and future governments … to fundamentally overhaul the system,” Forgeron said. “The system has been broken in Ontario for a long long time. Brokers know that.”

The new regulator should be “focused on the health of the system” and have “tools to be able to take action quickly when it’s clear that there are problems in the system,” Forgeron added.

“Unfortunately, today we have none of that taking place and what we see is a buildup of problems in the system requiring government action and it’s always slow to have governments act,” Forgeron said. “We think that an independent arms-length regulator – armed with the proper tools – would be able to take these measures much more quickly and deal with these problems long before they become significant, and making sure that the system is working for consumers.”

Marshall proposes a ban on cash settlements for SABS medical and rehabilitation benefits.

IBC agrees but Forgeron says a ban “should go even further” and prohibit cash settlements for other SABS benefits such as attendant care.

“The focus seems to be on those stakeholders in the system extracting as much as they can by way of fees … and less and less focused on making sure patients get the treatment they need,” Forgeron said. “So we agree with Marshall that programs of care, which are based on the best medical evidence, is the way forward and to do away with the cash settlements.”

The 2017 IBAO Convention, scheduled Oct. 25-26 in Ottawa, will include a CEO panel, insurer town halls, awards of excellence, an exhibition and trade show as well as an address from incoming president Brian Purcell.