A B.C. broker has been banned from holding a licence for five years and fined $5,000 for committing insurance fraud.

The province’s broker regulator, the Insurance Council of B.C., found that Martin Hroch submitted 74 false insurance claims for physiotherapy services through his brokerage’s health and wellness program over a 13-month period.

Council concluded that Hroch submitted at least 76 false claims in total through his brokerage’s employee health and wellness program, resulting in his fraudulent receipt of $3,045. “Additional false claims may have been made, but have not been confirmed,” council noted in its decision.

Hroch was employed at his brokerage from September 2014 until he was terminated in November 2018 as a result of his misconduct, as council’s decision notes. His licence was terminated for non-filing in August 2019. The 76 fraudulent claims identified by council occurred between May 2017 and June 2018. 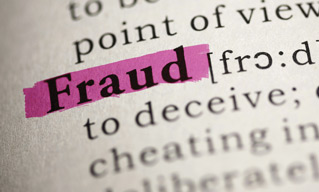 “Council concluded, based on the seriousness of the former licensee’s misconduct, that the former licensee is unsuitable to hold a licence,” the decision states. “Although the value of each claim was small, the sheer volume of illegitimate claims submitted by the former licensee — at least 76 within a 13-month period — demonstrates that he had established a pattern of routine and egregious disregard for the standards of trustworthiness and good faith required of a licensee.”

Making matters worse, from the regulator’s point of view, is that Hroch stopped reimbursing the insurer for the overpayments.

He agreed to a payment plan in October 2018 that would see him pay back the insurance company in installments for the overpayment of $2,570 he received for the false physiotherapy claims, council wrote. “The former licensee has failed to pay back the funds in accordance with the payment plan agreement, despite a revision of the agreement that occurred in February 2019 in order to accommodate the former licensee. Ultimately, the former licensee ceased making payments altogether after having repaid the insurer only $425.”

That was an “aggravating factor” in council’s final decision to ban and fine the broker, council ruled. “Although the former licensee’s misconduct did not harm the public, council nevertheless considers that the former licensee, given the lack of trustworthiness and good faith he has displayed, would pose a threat to the public if allowed to continue holding an insurance licence.”