Continuing Education (CE) for brokers will likely make its way onto mobile devices in the short term, with the world of Virtual Reality classrooms to follow over the longer term — perhaps in the next five to 10 years, says an award-winning contributor to Canadian broker education. 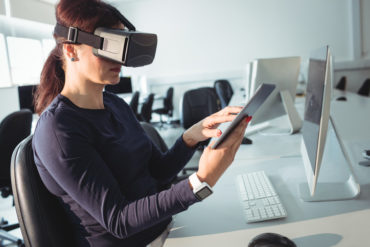 Greg Mansfield, education department manager at the Insurance Brokers Association of B.C. (IBABC), spoke to Canadian Underwriter about the future of broker education. His opinion is particularly timely, given that he has just received the Insurance Brokers Association of Canada (IBAC)’s 2017 Dale Rempel Award of Excellence, recognizing excellence in broker education.

“I don’t think you can expect or ask somebody to sit on their mobile phone and watch a two-hour webinar,” he says. “You really don’t want to be reading the chapter of a textbook on your mobile phone. What the average user wants is short little hits – a two-minute video or something short that they can read. They can learn on the go.”

Mansfield believes mobile devices can support broker CE, but the smaller chunks of learning you would see on a mobile do not map directly onto a regulator’s requirement for one-hour CE credit chunks. Several broker regulators across the country approve CE credits by the hour (one credit for each hour of education).

“How do you break that hour credit down into these short learning chunks for mobile?” asks Mansfield. “That’s a challenge around which I really think we need to have a discussion with the regulators.”

Over the longer haul, perhaps within the next five to 10 years, Mansfield projects that broker education could be delivered by means of Virtual Reality (VR).

VR technology is in its infancy right now. As the technology currently stands, brokers in their home or office would don a headset that covers their eyes. They would have the optical sensation that they are looking around in three-dimensional space. As they turn their heads, they could see around a ‘virtual classroom.’

“I foresee in the future, with Virtual Reality coming, it will mimic the classroom better,” Mansfield says. “You can stay at the office or at home, or wherever you are, with your VR rig on, and interact virtually with the facilitator and your peers who are attending. That for me is really exciting.”

It sounds like science fiction now, Mansfield says, but the graphics and interface will likely improve with computer power and the expansion of broadband Internet.

“This is going to seem very real, maybe scary real,” says Mansfield. “But I can imagine us having a VR seminar in which brokers are logging in from around the province and, in a virtual classroom setting, they can all look over at each other or their avatars and say, ‘Hey, how are you? Good morning.’ And they can literally interact that way, which you can’t do now with a webinar.”