B.C.’s broker regulator showed little compassion for a broker who flouted a license restriction by making an out-of-office visit to a sick elderly client to renew her auto insurance. 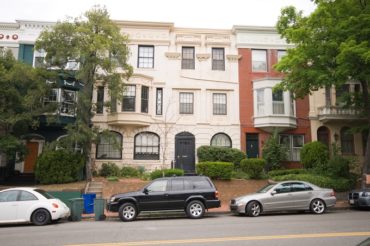 The Insurance Council of B.C. fined Safir Mohamed Lalji $1,000 for the “improper” visit. In addition, he has been ordered to successfully complete a course on council rules by no later than May 17, 2018, or face a license suspension.

Before the incident occurred, in March 2016, council sent a letter to Lalji advising him that he review the restrictions and limitations of his salesperson’s license.

Level 1 brokers in B.C. are prohibited from delivering or collecting auto insurance documentation outside a brokerage office unless they have met certain conditions, including at least 600 hours of combined training and work experience related to automobile insurance (with 80 of those hours being supervised).

“The letter was issued to the licensee following a review by council into concerns with his previous handling of two Insurance Corporation of British Columbia Autoplan insurance renewal transactions,” council’s decision notes.

About five months after receiving the letter from council, Lalji received a call from a customer whose Autoplan insurance was due to expire in a few days. She told him she was unwell and could not attend the brokerage office. Lalji processed her Autoplan insurance in the office over the telephone, and then he brought the insurance documents over to the consumer’s home for her to sign them.

“The licensee acknowledged that his actions were improper, but in this instance, where the customer was elderly and unwell, he felt obliged by his beliefs to act compassionately by attending the customer’s residence,” council’s decision states. “The licensee also determined it was a time-sensitive situation that required immediate action.”

Council was unmoved by his gesture of compassion.

More News
Related
One-year suspension for broker who involved unlicensed spouse in renewals
Insurers have ‘hidden behind’ regulators: Executive Forum speaker
Broker fined after leaving agency with his own book of business
Is the slow pace of regulatory change putting the industry at risk?