A B.C. broker received a $1,000 fine and was ordered to complete a course in auto insurance for her role in trying to help a man purchase a car for his son-in-law.

Outh told the council that she had been “conned” by the father-in-law to process the transfer.

A Level 1 licensee at the time, the broker was on a routine call at an auto business dealership when a man referred to in the council’s decision as “J.C.” came into the dealership and told her he had bought a car for his son-in-law. He told Outh his son-in-law would be at the dealership later that day to sign the required paperwork to transfer the car’s ownership and insurance.

In the presence of J.C., but in the absence of the son-in-law, the broker processed the vehicle transfer and insurance papers using the son-in-law’s banking information provided by J.C. That’s where the broker first went wrong, council’s decision notes. 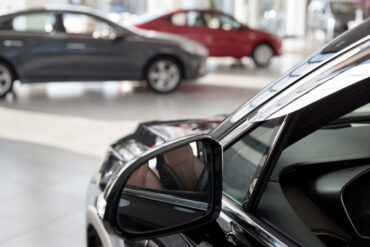 “She knew or ought to have known that the son-in-law had to personally sign the documentation,” the council noted in its decision. “Her submission that J.C. ‘conned’ her into facilitating the transaction was irrelevant because she ought not to have processed them without the presence, knowledge or consent of the intended insured.”

Council recognized that “it was apparent she did not act with ill intent but rather was simply trying to help J.C. purchase a vehicle for his family.”

But things went from bad to worse a month later, when the province’s auto insurer, Insurance Corporation of B.C. (ICBC), notified the son-in-law that he was being charged for a not-sufficient-funds payment related to the car’s insurance. The son-in-law reported no knowledge that the vehicle had been insured or registered in his name.

The next day, the son-in-law and his wife (J.C.’s daughter) indicated to the broker that they knew J.C. wanted to buy a car for them, but they didn’t know he actually had. J.C.’s daughter texted the broker to ask how the ownership and insurance of the car could have been transferred to her husband without his knowledge, signature, or financial information.

Three days later, J.C. and the broker met again at the dealership. This time, the broker cancelled the vehicle’s registration and insurance and transferred the car and insurance back into the name of the dealership.  J.C. allegedly signed his son-in-law’s name. (J.C. denied signing the document and claimed the broker must have obtained his son-in-law’s financial information from the ICBC database, but ICBC confirmed that the broker had not in fact accessed the information from ICBC systems.)

In reaching its decision on the penalty, the council considered the double transfer an aggravating factor.

“Although the licensee probably felt pressured into completing the transactions by J.C., she ought to have refused, or at the very least called her manager to discuss the situation before proceeding,” the council wrote. “Further, council agreed that it was aggravating that the licensee fraudulently transferred the vehicle not once, but twice.”

Ultimately, the council ruled that the broker had breached the Code of Conduct regarding trustworthiness. “Whether it was the broker or J.C. who signed the documentation, it is clear the licensee knew the son-in-law did not sign any of it,” council’s decision states.

Council also found the broker had not acted in good faith. “She ought to have known that a forged insurance policy may not be binding,” the council wrote. “As such, her actions put not only any of the occupants of the vehicle at risk, but also the public. It was fortunate a motor vehicle accident did not occur while the vehicle was falsely insured.”

The brokerage suspended the broker for two weeks without pay over the incident. Council noted that the brokerage kept her on afterwards, suggesting that it was an honest mistake, that she had learned her lesson, and she is still deemed to be a reliable employee.

More News
Related
What happened to the ex-broker who claimed he was a CE instructor, but wasn’t
Switching your client’s carrier? Don’t forget to tell the client