Navacord, B.C.-based brokerage Waypoint Insurance, Archway Insurance and Westland Insurance Group (which bought two brokerages) all made acquisition announcements at the end of February or the beginning of March.

Today, GNK provides personalized service and insurance solutions for businesses and families across British Columbia and Alberta, Navacord said in a press release. This includes products for homeowners, condo owners and tenants, as well as Autoplan coverage and vehicle registration on behalf of the Insurance Corporation of British Columbia in Burnaby and Vancouver.

GNK president Sal Audia said that the alignment of culture and values attracted the brokerage to Waypoint. “But they also provide access to the technology, markets, and infrastructure we need to drive the professional growth of our business and, more importantly, our employees.” 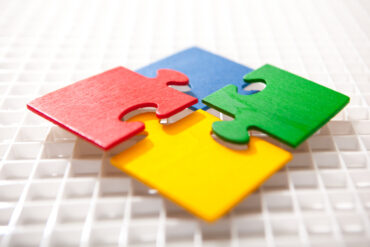 Waypoint said “this is the second of many growth announcements from Waypoint Insurance expected to occur throughout 2021.” In early January, Waypoint announced the acquisition of Lynn Valley Insurance, which focuses on home and auto insurance coverage for North Vancouver residents, along with a commercial book of business.

Westland Insurance Group Ltd., which has made a slew of acquisitions this year and in 2020, continued the spree when it announced on Wednesday that it closed the acquisition of Dick Agencies Insurance Brokers, effective Mar. 1. Dick Agencies has provided insurance services in Brandon, Man. since 1948. It specializes in residential, commercial, farm, auto and travel insurance.

The acquisition adds 10 employees in Manitoba to Westland’s 60 team members in 10 locations in the province. Westland now has over 160 locations in B.C., Alberta, Saskatchewan, Manitoba, Ontario, Quebec and Nova Scotia.

Westland also closed the acquisition of AGI Insurance in Saskatoon effective Feb. 23. The family-owned insurance agency offers residential, auto, travel, farm and commercial insurance. The deal brings 12 employees in Saskatchewan into Westland, which now has over 1,700 employees across Canada.

Archway’s CEO Michael Stack said in a statement that the new location “enables us to better serve our clients in the province’s three major cities.”

CD Anderson is a second-generation, family-owned independent brokerage that provides personal, commercial and health insurance to Oromocto and its surrounding areas since 1959. “[Archway’s] life, travel and employee benefits division rounds out the product offering,” the larger brokerage said.

Former owner Blake Anderson will briefly remain involved post-sale to ensure a smooth transition period to Archway for both his clients and his employees. “After an insurance career spanning four decades, I am looking forward to focusing on new challenges,” Anderson said.

Headquartered in Amherst, N.S., Archway has more than 200 employees in 31 offices in Nova Scotia and New Brunswick.