Broker’s licence suspended for taking $8,000 in premiums without authorization

A B.C. broker has had her sales licence suspended for three years after she took approximately $8,000 in premiums without authorization.

The broker admitted she took the funds without authorization to pay for a relative’s medical expenses and her intention was to repay the insurance agency. She repaid the agency in full within two weeks of the company discovering that the funds were missing, according to a decision from the provincial broker regulator, the Insurance Council of BC. 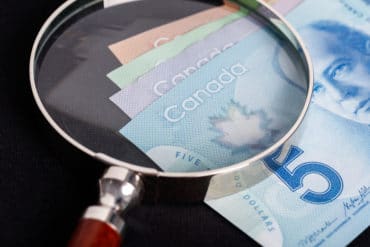 “When considering the licensee’s circumstances, council found that although the licensee immediately repaid the funds, a lengthy disqualification period is required to send a clear message to the industry and to reinforce to the public that council will not tolerate this type of conduct under any circumstances,” council chairperson Ken Kukkonen wrote in the intended decision, released Aug. 3.

The case is final as the licensee accepted the intended decision, a council spokesperson told Canadian Underwriter Monday.

In addition to having her Level 1 general insurance salesperson licence cancelled with no opportunity to reapply for an insurance licence for a period of three years, Sun Kyung Oh also has to pay the council’s investigative costs of $1,000.

The broker has held her licence in British Columbia since February 2014. In October 2017, she was terminated by the brokerage after she acknowledged that she misappropriated insurance premiums and funds belonging to the company. Last October, an insurer conducted a random audit of the brokerage and identified that the broker was responsible for the non-remittance of about $8,000 in premiums. A subsequent review by the brokerage determined that an additional $500 in additional funds were missing.

In deciding on disciplinary action, the council took into consideration that the broker accepted full responsibility for her actions, repaid the funds and acknowledged her conduct was inappropriate. Still, “council determined that the licensee’s misconduct in taking the funds was unacceptable and constituted a serious breach of the fundamental licensing requirements of trustworthiness and the intention to carry on the business of insurance in good faith.”

Council considered two previous cases in determining penalty. In both cases, the licensee was found unsuitable to hold an insurance licence for a minimum period of two years after misappropriating insurance premiums or transactional funds. Both licensees were also assessed investigative costs.

More News
Related
Insurer needs an online sales solution, so it invests $3 million in a brokerage
Best exit strategies for selling your brokerage
Alberta auto cap leading to broker-carrier contract cancellations
How your brokerage might benefit from partnering with an innovation hub

1 Comment » for Broker’s licence suspended for taking $8,000 in premiums without authorization