Want to acquire an MGA? Here’s what you can expect to pay (and why)

Brokers or managing general agents (MGA) looking to buy another MGA could be looking at multiples of four times commission just to be able to compete with insurers looking to make the same purchase, industry analysts say. 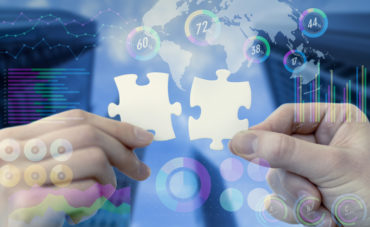 Philip Heywood, partner of transaction services and financial services due diligence leader with PwC Canada, told Canadian Underwriter recently that he was seeing some of the larger brokers, and MGAs especially, “transacting for multiples well in excess of four times [their] revenue.” He said these transactions were particularly true for “niche players and specialty MGAs who have a particular hold on a particular product line or line of business.”

Gary Hirst, president and CEO of MGA Ches Special Risk, told Canadian Underwriter Wednesday that when an insurer is interested in buying a book of business, the way multiples work tend to be different than for brokers or MGAs. Because an insurer takes on the risk, “they can actually look at the underlying profitability of the insurance book,” Hirst said. “As a result, they are able to offer larger amounts of money to buy an MGA because it’s based on the underlying profitability of the MGA’s book of business.”

The basis of the insurer’s valuation is different than it would be for another MGA or insurance broker to acquire the same MGA. “Another MGA or broker buying an MGA can only really look at multiples of commission because the insurers are out there acquiring MGAs,” Hirst said. “All of a sudden, brokers and MGAs who are acquiring are now having to offer larger multiples just to be able to compete with insurance companies. That is driving the multiples there,” Hirst said, adding that he is seeing a lot more M&A activity in the industry aimed at MGAs.

Insurers are also looking to increase market share, and one way of doing that is by acquiring other insurers. However, insurers are also buying brokers to put together strong distribution, which now includes MGAs. “Insurers are now interested in talking to MGAs because now you can buy an entire book of business that covers 10 different classes of insurance risk and gives the acquiring insurer an option to absorb that book of business 100%,” Hirst said.

Another factor driving MGA mergers is regulation and licensing. If someone is interested into coming into the market, they have two options: spend a year getting setting up from a compliance and regulation standpoint, or buying someone that is already set up and licensed. “It becomes a seller’s market and not a buyer’s market,” Hirst notes, and the seller can then turn around and say, ‘We do have all of this already set up, and by the way, it’s going to cost you more.’”

More News
Related
Why you’re not seeing as many carrier acquisitions as expected
Will a “wave of succession” spur M&A for Canadian brokerages?
Why brokerages looking at M&A should consider management buy-outs
Travelers Canada ‘trying to figure out how best to proceed’ with telematics-based auto insurance

1 Comment » for Want to acquire an MGA? Here’s what you can expect to pay (and why)