The Canadian Association of Mutual Insurance Companies (CAMIC) and the Insurance Brokers Association of Canada (IBAC) are split on tactics regarding a federal government bill that would allow banks to share customer data with fintechs. 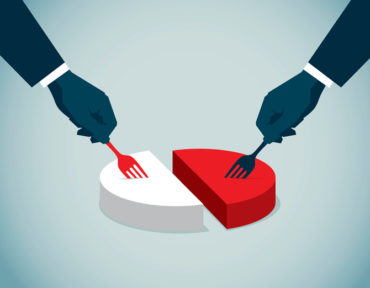 Which path better protects consumers is a subject of hot debate.

The tactical divergence became obvious after a representative of Finance Minister Bill Morneau’s office reportedly had two “frank and direct” phone calls this past month with CAMIC representatives about the mutual insurers’ opposition to two sections in Bill C-74.

Sections 316 and 317 of Bill C-74 essentially allow a bank to sell client data to fintechs. CAMIC has called on the federal government to carve these sections out of its 556-page omnibus budget bill and review them “under the rubric of ‘open banking,’ already initiated by the Department of Finance.”

“What we see is that these two sections will allow in two steps something that is prohibited [by the Bank Act] in one step,” CAMIC president Normand Lafreniere said of Sections 316 and 317 in Bill C-47. “The Department of Finance has already announced they will be conducting a fulsome and thorough study into the concept of open banking, and we believe these two provisions should fall under this study.”

The department of finance clearly disagrees.

One of the ministry’s two “frank and direct” phone calls with CAMIC was with Steve Masnyk, a spokesman for CAMIC on Bill C-74. Masnyk told Canadian Underwriter that the minister’s representative offered what Masnyk described as “angry encouragement” to cease talking to Senators and MPs about their concerns.

In a Canadian Press report, a spokesperson for Morneau’s office “strongly denied” that the aid to Morneau told CAMIC not to talk to Senators and MPs about their opposition to the bill. The spokesman said the calls were “frank and direct,” and were intended to voice the ministry’s opposition to CAMIC’s interpretation of the proposed bill.

In contrast to the tenor of this exchange, IBAC reports that it has had an “ongoing and constructive dialogue with all Parliamentarians and with officials from the Finance Minister’s office.” The broker association said it accepts the minister’s assurances that the prohibition contained in s. 416 of the Bank Act will apply to banks selling their data with fintechs.

“IBAC’s interpretation of Bill C-74 is the following: it is clear that the fintech provisions are subject to and will be safeguarded by Section 416 of the Bank Act, which prevents banks from selling insurance at the point of granting credit,” IBAC CEO Peter Braid said in an email to Canadian Underwriter.

Forthcoming regulations around Bill-74 will essentially clarify any outstanding policy concerns, a spokesperson for the finance minister’s office is quoted as telling Canadian Press.

“In my view, asking that the proposed provisions of Bill C-74 be pulled and reviewed separately is unwise, and may in fact create more risk and uncertainty regarding the consumer protections contained in Section 416 of the Bank Act that are so important to brokers,” Braid told Canadian Underwriter.

But the issue is that the Bank Act does not apply to fintechs, Masnyk says. “The Bank Act only applies to banks,” he told Canadian Underwriter. “The Bank Act only governs the behaviour of a bank, not an insurance company, not a fintech, not a lemonade stand. So, if the current law passes, it will allow a bank to sell their data to a fintech. Once that data is sold to a fintech, the Bank Act doesn’t govern fintechs. When the fintech is in possession of the bank’s data, no law governs the fintech.”

As it stands, no legislation prohibits a fintech from sharing the banks’ data with an insurer. “That’s the reality,” Masnyk said.