If your client is trying to rush the insurance buying process or is not concerned about price, that’s often a red flag that the transaction is fraudulent, RSA told Canadian Underwriter recently.

“We know the majority of customers aren’t looking to defraud anybody, but the brokers’ experiences teach them when something feels wrong,” Lori Craig, national underwriting consultant at RSA, said last week. “There are a number of red flags that really should trigger the instinct.”

Craig called the red flags “pretty obvious” things. For example, a customer may be rushing the process. Or they may not care about price and just want to get the coverage bound immediately. Or perhaps a bunch of unrelated names, addresses, or bank accounts are attached to a file.

“Oftentimes, you have somebody with multiple vehicles but only one driver,” Craig added. While that sometimes makes sense, she said, “if you have three daily-drive cars, and one driver, and [the insured is] paying for all [of the vehicles] to be insured on the road at the same time, it doesn’t add up.”

Brokers “know how to poke further in those kinds of instances,” Craig said. But sometimes urgency can be used as a ploy to impair a broker’s best judgment, she added: “It’s the customer that calls a broker at 5 o’clock on Friday and says, ‘I need coverage bound right now.’ And there’s all this urgency around it, which can cause a broker to maybe miss things.” 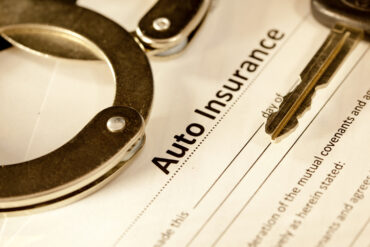 Experienced brokers have a “Spidey-sense” for when something doesn’t feel right, and they will ask for additional supporting information that isn’t necessarily required by the application, Craig said. “If you have someone where you are unsure of the ownership information of a vehicle or of an address, you might start asking for proof of these items.”

Craig and Meagan Maher, SIU specialist with RSA, spoke to Canadian Underwriter last week about a variety of topics related to insurance fraud. Part of the conversation included ways that brokers can accurately identify and mitigate fraud within their client base.

A number of resources and insurer support is available to brokers to keep them informed about fraud prevention.

For example, resources such as AutoPlus reports can help brokers cross-check information provided by the customer, Craig said. These reports can show all the prior insurance policies the person had placed, as well as the drivers attached to these policies. So, for example, if a secondary driver hasn’t been declared for a new policy, the broker can ask the consumer why this driver had been on previous policies but not the most recent one.

Same goes for addresses. Insurers may have access to reports with addresses populated to show where the insured is registered as living; the broker can reference these reports if the customer provides a different address. RSA has seen an uptick in address fraud and non-disclosed drivers (younger drivers or those with tickets, for example).

Brokers are an important part of fraud detection, Craig said, because they deal directly with the front-end customer. “We often see broker notes on file where [the application will] come in and it’s almost like a macro filled out to make sure [the broker has] asked every single question that’s necessary for every single insurer…to make sure they’re not missing things,” she said. “[Brokers] also can facilitate necessary documentation and signatures where required, so at least it’s something to hold the insured to what they’re disclosing.”

Maher said it’s important for brokers to help consumers educate themselves on fraud, particularly when it comes to the protocols related to body shops and tow trucks. She pointed to Insurance Bureau of Canada’s Know Your Tow tips card, which educates consumers about their rights when vehicles are being towed or signing work orders when a vehicle is brought to a shop.

RSA is also seeing more “ghost brokering,” which is when unlicensed people pose as legitimate insurance brokers to sell fake policies to consumers who believe they are purchasing valid coverage.

“This affects legitimate brokers who lose out on the opportunity to service those consumers and earn a commission as a result of that service,” Maher said.

It also affects customers who believe they are legally insured when they’re not. “It’s not easily traceable and we don’t have numbers on that, unfortunately,” Maher said. “We don’t know until someone tries to submit a claim.”