“Our research points to a single step that leaders can take to help reduce sexual harassment: communicate to employees that preventing it is a high-priority issue for their companies,” wrote Chloe Hart, Alison Dahl Crossley and Shelley Correll in a blog posted Friday on Harvard Business Review (HBR). “In just a few sentences, this signals to others how much they should prioritize the issue and sets a culture in which sexual harassment is not tolerated.” 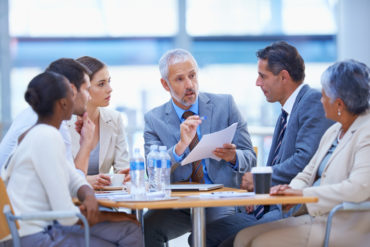 Hart, Crossley and Correll’s interest in leader messaging around sexual harassment dates back to 2015, when many U.S. universities conducted surveys to measure the incidence of sexual violence on campuses nationwide, and university presidents then issued statements outlining the findings.

“As the media picked up the statements, we noticed a great deal of variation in how they were written,” they wrote in the HBR blog Study: When Leaders Take Sexual Harassment Seriously, So Do Employees. “Some expressed outrage; others brushed off the disturbing survey results. We wondered if the different responses shaped how students came to think about sexual assault on their respective campuses. So, we conducted a national experiment to explore the impact of leader messaging more broadly.”

Hart (PhD candidate in sociology at Stanford University), Crossley (associate director of the Clayman Institute for Gender Research at Stanford) and Correll (professor of sociology and organizational behaviour at Stanford) recently published research on the topic. In their experiment, 618 online study participants in the U.S. read a brief statement from a fictional company about the results of sexual harassment survey taken by its employees.

For some participants, the statement included a quote from the CEO emphasizing the severity of the problem, such as “The results of the survey are alarming.” Others read a CEO quote downplaying the issue, such as “We are skeptical that the survey represents an accurate rate of sexual harassment” at the company. The factual information was the same for all participants.

“This simple difference in leader communication turned out to be powerful,” the authors wrote in the blog. “Those who read the ‘skeptical’ statement were less likely to rate sexual harassment a high-priority problem at the company, while those who read the message about the leader taking sexual harassment seriously were more likely to rate it a high-priority problem. This pattern held no matter the participants’ gender or political affiliation.”

Leader messaging is critical because, more than any other aspect of a company, it is organizational climate that best predicts the occurrence of sexual harassment, the authors wrote. When the climate toward sexual harassment is lenient, members feel there are few consequences – those that engage in this harassment will be protected and those that report it will be disregarded or even penalized.

But for companies, why acknowledge sexual harassment is a problem and risk damaging the company’s reputation?

First, downplaying the issue may result in more damage to a company’s reputation. Those victimized may turn to the media. Negative coverage of these scandals can have profound and expensive consequences, including leadership and employee turnover, reduced productivity, walkouts and even boycotts. The public perception of a toxic culture can have long-lasting effects on the corporate brand, making it difficult to attract and retain not only customers but also employees who want to work in a safe, fair environment, the authors wrote.

Second, ignoring the problem amounts to “institutional betrayal,” which can compound the trauma suffered by victims of sexual harassment. Research shows that when institutions fail victims of sexual violence, their negative health outcomes are exacerbated.

“If leaders do nothing, they are not just acting neutrally,” the authors wrote. “They may be fostering a culture where sexual harassment will become more prevalent. But if a leader instead identifies sexual harassment prevention as an issue that the company prioritizes, our research shows that this stance will push other people in the organization to take it seriously as well.”