If you’re looking to sell cyber coverage to big business, focus your efforts on utilities and retailers, suggest the results of a recent survey.

The survey of companies with 500 or more employees also found that a growing number of corporations are buying cyber insurance, although opportunity still exists to sell to enterprises that don’t feel their policy covers them for all likely risks. 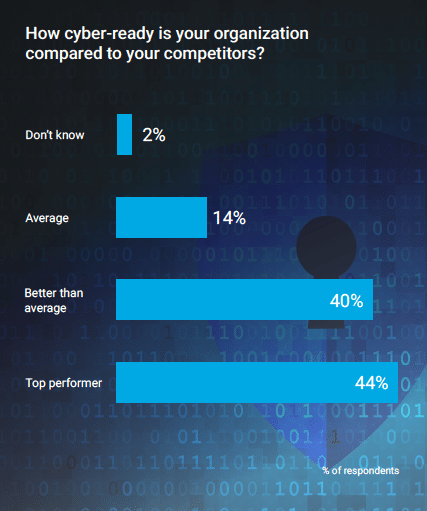 Ovum conducted phone surveys of security executives at 500 companies in 11 countries including Canada. Among other things, it found the number of Canadian firms reporting that they had no cyber insurance dropped from 36% in 2017 to 22% this year.

The survey did not cover the small and midsized business segment, which other surveys have shown is greatly underinsured against cyber risks.

If brokers are looking for cyber sales opportunities, Canada’s financial services companies may not be the most lucrative target market. This segment was found to be the most prepared to combat cyber risk: 56% have full cyber coverage, while 38% had some insurance coverage.

Financial services firms also have the in-house capabilities to understand the risk of suffering a breach in the upcoming year. Sixty-three per cent said they can use software to provide a score that tells them their likelihood of a breach (the global average for companies is 41%).

On the flip side, power and utilities firms represent a promising target market.

The difficulty for a broker targeting this segment is to convince firms that they need the coverage. “A full 40 per cent of power and utilities firms surveyed said they don’t intend to take out cybersecurity insurance,” FICO said in a press release.

The retail and e-commerce sector presents an opportunity for a broker to upsell on what companies already have. For example, 70% of respondents said they have some form of cyber insurance, but 50 per cent said they “don’t believe their coverage is reflective of the risk profile of their business.”

Kevin Deveau, vice president and managing director of FICO Canada, said Canadian companies are well-aware of threat of cyber risk; the increasing uptake of comprehensive cyber insurance is a testament to that. However, there is still a long way to go. Deveau said it’s important to obtain cyber insurance that matches the risk profile of the organization.

Maxine Holt, research director at Ovum, said the survey results also suggest gaps in coverage exist: currently, companies may have “a security posture that insurers are not prepared to cover comprehensively.” That said, she added: “We should not detract from the positive news here; almost 80% of Canadian organizations have elevated the importance of cybersecurity to a level that requires insuring, even if only partially.”

A copy of the survey report, “Canada: Views from the C-Suite 2018 Survey,” can be requested here.