Of the 505 respondents to KPMG’s Business Outlook Poll, nearly three-quarters (71%) identified organic growth as a top strategy, followed by digital technology investments. About half (46%) of Canadian SMEs polled identified mergers and acquisitions as one of their most important strategies to achieve growth objectives over the next three years.

In the P&C space, M&A and digital investments sometimes go hand-in-hand, as good acquirers can be seen as good integrators, a KPMG in Canada deal advisory partner told Canadian Underwriter Monday. “And it does speak volumes when they go to the marketplace,” Georges Pigeon said in an interview. “They will be seen by sellers as a very credible buyer, because they’ve got a plan to capture a lot of that value, and the shareholders will reward those acquiring companies as well as any other financier.”

KPMG’s Business Outlook Poll, conducted in August, found 59% of SMEs surveyed said they want or intend to partner with an innovative startup (such as an insurtech, fintech or agtech company) to bolster their growth. About one in three (34%) are looking to be acquired because “they can’t afford to make the investments required to succeed in an increasingly digital economy,” KPMG said in a press release last week, which included results from the business poll and KPMG’s 2021 CEO Outlook.

The Business Outlook Poll was not specific to the insurance or financial services industry, but Canadian Underwriter asked KPMG if the results could transfer over to the Canadian P&C insurance space. 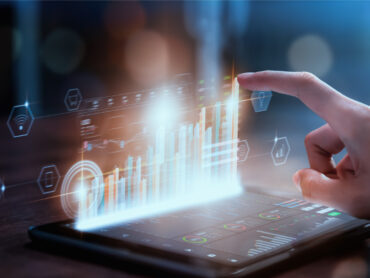 “I would say that M&A could be the answer to the buy versus build decision,” Pigeon said, referring to the decision between organic growth and M&A. “The organizations who are looking to take a bigger position in the marketplace, they see all these fast-paced changes happening. And they’re wondering whether they can keep up, recognizing the significant investments they have to make, whether internally or by buying a solution that exists out there.”

M&A doesn’t end at the closing of the deal, Pigeon added. “There’s so much work that you have to do in advance of that closing in preparing for the integration,” he said. “It’s not an integration that needs to happen day one, but you have to have the plan to capture that value, and it takes a year to three years to do it. You just diligently follow through with it.”

KPMG’s business outlook poll also found that almost all (96%) of large company CEOs see deal-making as key to driving growth, up from 86% last year. And 56% reported they are likely to make acquisitions in the next three years which will have a significant impact on their organizations, more than double the number from last year.

Pigeon sees the same thing happening in the P&C space. “There’s always one or two significant P&C carrier deals happening in Canada,” he said, which has happened in the past 15-20 years or so. “And I don’t see that trend slowing anytime soon. Some CEOs of carriers have stated publicly that they’re looking for further acquisitions, so I expect that trend to continue for sure.”

“They’re seeing M&A at the broker level as important to compete effectively against the other brokers, but also to position themselves well with the carriers so that they come across as meaningful distribution channels for them,” Pigeon said. “Also, the clients are increasingly sophisticated and they have evolving needs which the brokers have to work at addressing.

“The capital right now is there to do M&A across all fields, whether it’s equity, debt, or venture capital.”