Research from CAA shows that there is a gap in awareness of the effects of using cannabis, specifically in young men. Men aged 25 to 34 are the most likely to drive under the influence of cannabis, many of whom are novice drivers who live in busy, urban areas. 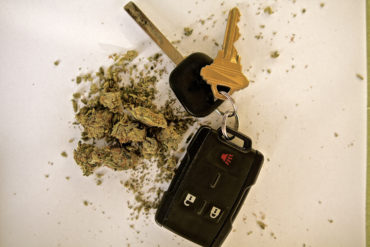 “Our research shows that many Ontario drivers believe that there is a strong need for public education around cannabis legislation,” Teresa Di Felice, CAA SCO’s assistant vice president of government relations, said in a press release Monday.

CAA SCO’s campaign aims to educate young drivers with “fun, yet thought-provoking videos.” The organization worked with The Turn Lab to create a series of videos demonstrating the impact cannabis has on concentration, coordination, reaction time and decision-making.

A study commissioned by CAA SCO in October showed that 1.9 million Ontario motorists have driven under the influence of cannabis, and over 735,000 have done so in the last three months. The survey involved 1,000 Ontarians over the age of 19 who own, lease or drive a vehicle and have a valid driver’s licence.

“One of the big issues uncovered is the prevalence of ‘poly-users’, people who consume cannabis and alcohol or other mixed substances during the same time period,” CAA SCO said in Oct. 4. “CAA’s research shows that 205,800 Ontario drivers admit to drinking alcohol and using cannabis before getting behind the wheel in the last three months.”