Can a Family Law order force someone to “insure” a vehicle?

Can a court order a cube van owner under the Family Law Act to “insure” a vehicle that is to be transferred over to an ex? 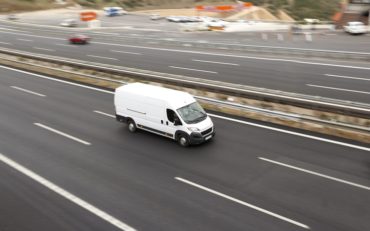 No, the Supreme Court of British Columbia ruled recently.

Sukhvir Singh Athwal and Jessie Walia are currently involved in a Family Law Act proceeding over a financial dispute and over whether they qualify as “spouses.” Their trial is scheduled for June of this year. In the meantime, the ownership and insurance of a cube van came before the court.

During the parties’ relationship, Athwal used the cube van as his work vehicle, although Walia was the registered owner and principal operator of the van.

Athwal and Walia disputed who was responsible for insuring the vehicle. As a result, the insurance on the van expired on Jan. 27, 2018.

Walia told the court she was willing to transfer full ownership of the cube van to Athwal if he was willing to assume the cost of insurance and become the sole registered owner. But Athwal just wanted to be named the principal operator of the truck; his lawyer said Athwal was unwilling to take on either the ownership or insurance responsibilities.

The court made an order under the B.C. Family Law Act to settle the stalemate. The act allows the court to make orders requiring a party to do things such as pay the other party “for all or part of the expenses reasonably and necessarily incurred as a result of the party’s actions, including fees and expenses related to family dispute resolution.”

The court made an interim order under the Family Law Act in late January 2018 that:

“7. BY CONSENT: Within 48 hours of the date of this order, [Walia] will attend ICBC [Insurance Corporation of B.C.] and take the necessary steps to add [Athwal] as the principal operator of the 2011 GMC Savanna Van…and provide the GMC van to [Athwal].

“8. BY CONSENT: [Athwal] will [have] exclusive use and possession of the GMC van. On an interim and without prejudice basis, [Athwal] will be responsible for payment of any expenses, maintenance costs and ICBC insurance debt related to the GMC van.”

After a further court order, the cube van ended up being in Athwal’s possession by the summer of 2018. However, the vehicle remained uninsured, partly because the two sides interpreted the January court order differently.

According to Athwal, the January order implied that Walia would retain ownership and pay to insure the van. Conversely, Walia interpreted the order to mean Athwal would own the vehicle and pay insurance.

“The court’s orders do not specify that Ms. Walia should retain registered ownership or that she is solely responsible for the cost of insurance,” the B.C. Supreme Court found. “I am unable to find conclusively that such terms are implied. Indeed, requiring Ms. Walia to bear the costs of insurance would appear contrary to the term that Mr. Athwal be responsible for ICBC insurance ‘debt….’

“Given the parties’ differing and perhaps equally valid interpretation of the court’s order, no remedy pursuant to s. 230 of the FLA [Family Law Act] is warranted. In any event, an order to ‘insure’ the cube van is not a remedy available under that provision.”