Can Canadian P&C companies be “too big to fail”?

If a major disaster such as an earthquake hits Canada, are some Canadian insurance companies simply “too big to fail”? 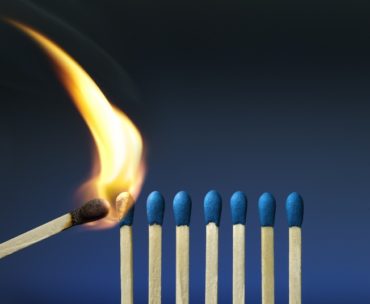 After the financial crisis of 2007-08, the systemic risk of multiple companies going bankrupt following an extreme catastrophe event is uppermost in the minds of Canada’s property and casualty insurers.

Insurance Bureau of Canada is currently working with the Property and Casualty Insurance Compensation Corporation (PACICC) to prevent the failure of one or more mid-sized or large P&C companies from triggering a wider-spread, chain reaction of carrier insolvencies. PACICC’s mandate is to ensure that Canadian policyholders are compensated when insurance companies become insolvent.

The context for a potential “systemic Armageddon” in the P&C industry would be some kind of extreme disaster event such as an earthquake in B.C. Were such an event to happen, published reports suggest it would cost the P&C insurance industry about $20 billion.

Currently, PACICC’s options in such a scenario are limited — it acts only after a company goes bankrupt.

“[PACICC] takes over all the covered claim liabilities of a failed company, then assesses other industry members for the estimated compensatory payouts,” as a 2016 C.D. Howe Institute report explains. “Then it must wait for liquidators and the courts to value and distribute assets of the failed company, a process that typically takes from two years to 10 years.”

The current system starts to break down when a claim event leads to more than $30-billion of aggregate insured damage, a 2013 PACICC impact study found.

“Beyond $30 billion, the catastrophic losses would exceed the existing capacity of Canada’s insurance industry and would exceed PACICC’s ability to meet policyholder claims,” the 2013 report noted. “One or more national insurers would fail.

“PACICC would have to step in to pay policyholder claims on failed companies, not just those related to their earthquake exposure. To pay for those claims, PACICC’s only current option is to assess surviving insurers while it waits to receive money from the liquidation of failed companies and determines ultimate losses. For an event of this size, the assessments on the remaining insurance companies would reduce their capital below regulatory minimums.”

PACICC’s current model “works well” for handling the insolvencies of small carriers, as PACICC notes in its latest edition of Solvency Matters. “However, the traditional insolvency and liquidation model may not be optimal in the case of the default of a mid-size carrier, and it is simply not the right option in the case of a large default carrier.”

PACICC is now working with IBC to reduce systemic risk when a major catastrophe causes a mid-sized or large carrier to go down. Three options are currently under discussion:

For example, one possibility is to give PACICC the capability to borrow money or draw on emergency funds to reduce its liquidity needs during a crisis.

An enhanced resolution toolkit for PACICC

This option would allow PACICC to intervene to prevent an insolvency before it occurs. For example, as the C.D. Howe Institute notes, PACICC could pursue remedial measures such as isolating the “problem” business area of a company in financial difficulty. Let’s say PACICC is given the authority to “isolate” a carrier’s financially-stressed earthquake section into a separate entity; PACICC could then work out a financing arrangement for that liability, while the company continues to operate its remaining healthy business separately. This would reduce the assessments PACICC would have to make on otherwise healthy companies in a crisis.

2 Comments » for Can Canadian P&C companies be “too big to fail”?