Where Canada should look for regulation on autonomous vehicles

The UK has a bill in the reading stages that, if passed, would implement changes to the equivalent of Ontario’s Highway Traffic Act to ensure autonomous vehicles are named in the act to apportion liability. The bill indicates when a vehicle is in autonomous mode and when it is not, and if the car is insured, the insurance company will be liable for the damage the car causes. 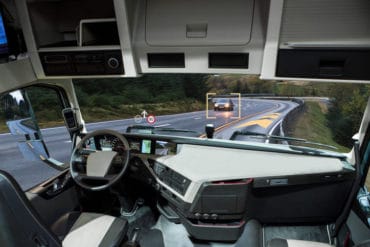 Currently, the status quo in jurisdictions such as Ontario indicates the driver or operator of the vehicle is responsible for anything the car does, whether or not it is in autonomous mode. “There’s no exceptions to that,” said Jonathan Grnak, an insurance lawyer with Danson Recht LLP, in an interview. “There’s no contributory negligence to the car, that’s just the base facts. If you’re drunk and you’re driving the car and you get into the accident regardless of what the car does automatically, you’re still going to be liable for it.”

Grnak spoke to Canadian Underwriter after a Tesla Model S vehicle crashed into a fire truck in San Jose, Calif. in late August, injuring two. The driver blamed the vehicle, saying he “thought the Model S was on autopilot,” but he was arrested under suspicion of drunk driving. This is the third accident this year involving a Tesla vehicle reportedly on autopilot striking a fire truck.

Regulation still needs to address issues as vehicles begin more complicated tasks, like driving by itself and switching lanes. “I do feel the law has to change prior to that point,” Grnak said. “Because you’re going to get into situations where a driver says, ‘The car was in autopilot mode. I didn’t want to switch lanes, but it did anyway and I didn’t tell it to switch lanes.’”

Insurers will have to determine when the car is in autonomous versus manual mode, which could be as simple as reading data stored by the vehicle. “That is going to be the new question that insurers have to face and lawyers have to fight over.”

More News
Related
How to limit autonomous vehicle liability disputes
‘No active deals on the table’ to sell minority interest in SGI Canada
Autonomous vehicles will require a reassessment of liability: RIMS Canada Conference speaker
How landlords can help you sell tenant insurance