Canada is starting to create a culture of climate resilience, particularly around overland flood risk, says the Insurance Bureau of Canada (IBC), an association of Canada’s home, auto and business insurers. 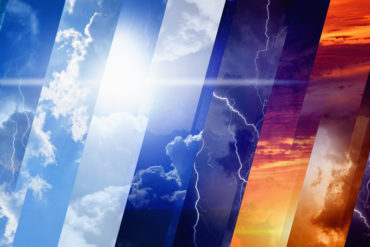 “We’re encouraged and fairly optimistic that the wheels are in motion,” IBC’s vice president of federal affairs Craig Stewart told Canadian Underwriter Tuesday. “It’s going to take a bit of time to get there—we expect we are probably in a decade-long transition. But we’re hopeful that this process will lead to a heightened level of public awareness.”

In particular, the Government of Canada, following the National Roundtable on Flood Risk held in Regina last November, is looking to form a national advisory council that will develop an action plan focused on overland flood risk. “The conversation is well underway to create a framework for climate resilience that involves insurers, governments at all levels, and a range of other players including banks and real estate agents,” Stewart said.

One discussion underway involves making consumers more aware of how to protect against weather-related damage at the point of the home purchase. “That will be fundamental to creating a culture of resilience that we need,” Stewart said.

Organizations representing the actuarial profession in Canada and the United States reported last week that the five-year moving average of climate extremes across the two countries remains at the high recorded in winter 2016-2017, driven by sea level changes in the Atlantic and Gulf Coast regions. Data in Spring and Summer of 2016 “reflect a continued pattern of increased frequencies of high temperatures and precipitation,” the Canadian Institute of Actuaries reported in March 2017.

Catastrophe Indices and Quantification Inc. (CatIQ) reported that Canadian insurers paid out $1.33 billion in claims for damages arising from catastrophes, many losses related to severe weather patterns. It’s the fifth time over the past seven years that the Canadian P&C industry has paid more than $1 billion annually in claims.

Heavy precipitation is the culprit in many of these losses, raising the question of whether damage resulting from increasingly severe storms will be insurable over the long term if nothing is done. Referencing the Fort McMurray wildfire in 2016, which cost P&C insurers more than $3.6 billion in claims payments, Stewart noted the industry is well-capitalized to deal with such large-scale events — and even a series of events — related to climate change.

“Events where we are having the most difficulty are those involving water — with repeated flooding, overland flooding, that we have seen across the country this past spring,” said Stewart.

Insurers expect losses arising from severe weather events to increase in severity and intensity, he added. At the same time, the industry has just started to insure overland flood events that it did not cover before 2015.

If the insurance model for covering climate risk is to remain sustainable, Stewart said, “there must be a whole-of-society approach that includes significant investment in storm water upgrades for urban areas; for fluvial flood mitigation to protect river and lakefront homes; and, in particular, coastal defences to address the growing issue of rising sea levels and these large coastal storm events that we are seeing increasing.”