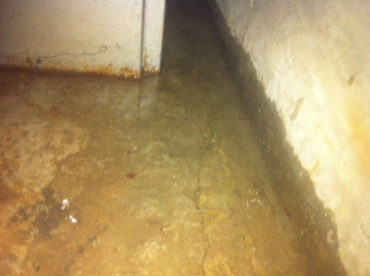 With its Basement Flooding Protection Program, Toronto’s city government brought in a new standard of accommodating a one-in-100-year storm instead of a one-in-five-year storm.

Initially the program consisted of engineering studies in 31 areas that had “significant flooding during storms in May, 2000 and August, 2005,” Toronto Water said in an earlier report.

The program was expanded to cover the entire city in 2013. This is because on July 8, 2013, a late afternoon thunderstorm in the Toronto area, which lasted more than an hour, caused Canada’s fourth most expensive insured loss ever at nearly $1 billion — mainly from sewer backup claims.

To consider the entire city as being at risk “was a really good way to go about” planning basement flooding protection projects, said Glenn McGillivray, managing director of the Institute for Catastrophic Loss Reduction, in an interview Monday. “Toronto is really showing a lot of leadership in the area. It’s kind of a risk management approach to viewing the issue of urban flooding in Toronto.”

Basement flood protection projects include sewers, storm sewer tunnels, inlet control devices (intended to slow the drain of rain into the sewer system) and catch basins. The city is also installing underground holding tanks, which are essentially “massive storage facilities that allow for storm sewer systems to catch up when there is a heavy rainfall event,” McGillivray noted.

The city spent $349 million, from 2009 through 2017, on construction as well as activities – such as design work – to support basement flooding protection, Crawford wrote Monday in a statement to Canadian Underwriter.

Sewer backup has been a thorn in the side of Canada’s property and casualty insurance industry and was the source of more than $1 billion in claims in 2013 in southern Alberta, Canada’s third most expensive natural disaster ever, after the 2016 Fort McMurray wildfire and 1998 ice storm.

In Toronto, the Basement Flooding Protection Program was initially approved in 2006, a year after Canada’s sixth most expensive natural catastrophe, which was a massive rain storm Aug. 19, 2005 that caused the bridge carrying Finch Avenue over Black Creek to collapse.