What is Canada’s most stolen vehicle?

Ford F-Series trucks once again topped the list of Canada’s most frequently stolen vehicles, according to the Insurance Bureau of Canada (IBC).

IBC released Tuesday its annual list of most stolen vehicles in Canada, compiled using data from members across the country. Nationally, Ford F350 trucks hold the top five spots, making these light- and medium-duty trucks the most popular with auto thieves. Of the top 10 stolen vehicles, nine were Ford F350s or F250s, with the Lexus GX460 taking the number nine spot. 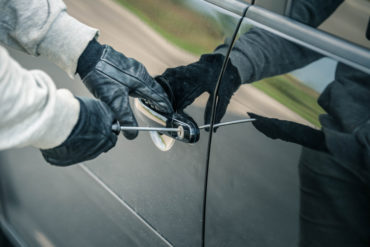 Why are these vehicles being stolen? There’s a number of reasons, said Henry Tso, IBC’s vice president of investigative services. “Stolen vehicles may be sold to consumers who don’t know they are buying a stolen car, scrapped for parts or used to commit another crime,” he said. “Often, stolen vehicles are smuggled out of the country.”

Stolen vehicles are often immediately packed – with their vehicle identification numbers (VINs) still intact – and shipped abroad, where they are sold for many times their original market value. Or they are used for “joyriding.” Vehicles used to commit other crimes are often recovered – abandoned and badly damaged – within 48 hours of their theft, IBC added.

“Sometimes, thieves steal what’s in your car,” Tso said, noting this could lead to insurance fraud or identity theft. In 2017, more than 17,500 incidents of identity theft were reported.

The type of vehicle stolen also varies by province. In Ontario, thieves target high-end SUVs and trucks, including Chevrolet’s Tahoe, Silverado and Suburban. In Alberta, Ford F250s and F350s dominate the list. In Atlantic Canada, the Nissan Maxima is stolen most often, followed by the Chevy Silverado and Jeep Liberty.

These provincial increases reflect a national increase in auto theft. According to Statistics Canada, police reported close to 85,000 incidents of motor vehicle theft in 2017 – a 6% increase from 2016, when 5,900 fewer vehicles were stolen.

New Year’s Day is the most common time for vehicles to be stolen, according to IBC. “Since people tend to travel over the holidays in cars filled with gifts, it is important to be vigilant and keep a close watch on your vehicle over the festive season.”