How Canadian brokers can cut out the ‘middleman’ – the insurers

Canadian insurance brokerages have already made inquiries to an Estonian-based insurance company that is working on a revolutionary blockchain distribution model. Black Insurance is setting its sights on cutting out the “intermediaries” in the insurance sales process – the insurance companies.

“Usually when people are speaking about intermediaries in insurance, automatically they think of brokers and agents as intermediaries,” Mart Parve, chief operating officer of Black Insurance, told Canadian Underwriter in a phone interview from Estonia. “But when giving it a little bit more thought, the insurers might be viewed as intermediaries between capital and the brokers. In this regard, we think insurers are just as much intermediaries as brokers. 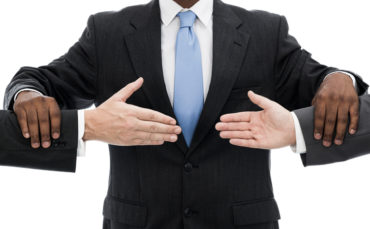 “Indeed, when we speak about ‘cutting out the middleman,’ the automatic assumption is that the middleman who should be cut out is the broker. But we are thinking that it’s possible to cut out the insurers from between brokers and capital. That’s the larger fundamental premise behind our business model.”

Vancouver-based Fineqia International Inc. announced a week ago that it has taken an equity allocation in Black. Parve said Black’s business roadmap shows a full deployment start date in the summer of 2019.

So, how does the Black model work? If you are cutting out the insurer as the middleman, who is doing the underwriting?

The answer is, a syndicate.

Say entrepreneurial brokers in Canada discover a need for crypto-wallet insurance, but traditional underwriters won’t touch the cryptocurrency risk because it’s too new and loss exposures are unknown. These brokers could go to an insurer like Black Insurance (soon to be licensed to operate across the European Union), which offers access to an online marketplace.

Using Black’s blockchain platform, the brokers would input all of the details about their proposed crypto-wallet insurance offering – including the geographic markets, the sales projections, the expected loss ratios, how much business they expect to write each year, etc. Black performs due diligence to verify the authenticity of the brokers; once completed, the product is put on the marketplace.

At that point, a group of entrepreneurial underwriters may form a syndicate, which would be similar to a managing general agent (MGA) in the sense that it would have underwriting capability. The syndicate would put up a bit of its own institutional money; also, through the blockchain, the syndicate would offer an ICO (Initial Coin Offering) to investors.

As Parve explains: “A group of underwriters from London might come together and decide, ‘Look, we want to underwrite agricultural policies in Africa,’ and so they create a syndicate that we will do agriculture in Africa. They will put in their own money, institutional money, and then create a coin offering for investors interested in funding that line of business. The capital in the syndicate would be represented by the investors’ security tokens.”

In this scenario, syndicates would not only have underwriting capability, they would also be representing investors. If the product turned out to be profitable, investors could cash out by selling their coins, or they could hold onto the coins and reap the dividends.

“And so there would be a partnership borne between syndicates on the one hand and the brokers with the product on the other hand,” Parve says.

The “insurer” in this scenario simply offers a licensing bridge for this to happen. Black is currently working with “flexible” regulatory regimes as in Malta and Estonia to secure a license to operate throughout the European Union.

Canada has far more limiting licensing restrictions. However, Parve believes straightforward ways exist for Black to become licensed in Canada. “From the regulatory perspective, given that Lloyd’s has a license in Canada, we could operate from under Lloyd’s. Another way is to work with local insurers using them as fronting insurers.”

Parve indicated there has been quite a bit of interest in the business model worldwide, including at least three larger Canadian brokerages that have made inquiries. He said the business model does work well for brokers that already have an existing book of business. Blockchain is simply a “trigger” that makes the business model viable, he said.

“Blockchain is a trigger that acts as a release of this fundamental drive to become decentralized and more democratic,” he says.