The insurance industry in Canada needs clear direction from governments and a proper framework to address the upcoming legalization of marijuana, attendees to an industry event heard on Thursday. 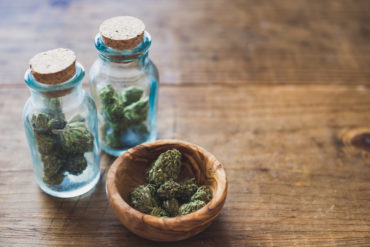 “First and foremost, we do not as an industry, and cannot, provide any type of protection or a legal purse of money to pay for losses that we are being asked to insure if the subject is not legal,” Linda Papadopoulos, vice president of corporate risk management at Pearson Dunn Insurance, said at ARC Group Canada’s 2017 annual seminar and cocktail event. “As an insurance industry with no data and no statistics, it’s going to be a challenge for the next few years. Right now we are kind of in limbo because of the unknown and the uncertainties.”

The insurance industry in Canada is “kind of like where Uber was” fairly recently, Papadopoulos suggested. “Insurance really was unable to address and insure the risk because we didn’t have a proper framework,” she said. “Hopefully in the next nine months or so, we will have a better framework and understanding and so will our provincial and local governments.”

According to the federal government, “following royal assent, the Government of Canada intends to bring the proposed Cannabis Act into force no later than July 2018.”

From an insurance perspective, there are a variety of implications of marijuana legalization, including: impairment while operating a vehicle; insurance for companies that may be transporting marijuana products; water or fire losses; damages to buildings, equipment and the marijuana crop itself; employers’ liability and workers’ compensation; and product recalls and contamination, among others.

Regulations are the “big unknown” right now, Papadopoulos told attendees. “We need to know what the laws are because we do not, and we cannot, operate outside the boundary of those laws,” she said. For example, insurance for private homeowners will be affected because right now “we cannot ask a homeowner who is coming in to apply to homeowners insurance whether they have a medical marijuana licence,” Papadopoulos said. And currently if there is a claim and there is evidence of marijuana, “that creates a challenge for insurers to legally pay for the losses.”

From a risk management standpoint, management protocols and loss prevention controls also need to be examined. Inspectors can now go in and audit when there is a very controlled environment with respect to licensed producers, “but now we are opening up the doors and opening it up to dispensaries,” Papadopoulos said. “Licensing is definitely a prerequisite for insurability and I think as an industry… we will also be looking at what risk management protocols are in place.”

One question regarding risk management is “who is actually overseeing the production?” Papadopoulos asked. “Who is going to be ensuring that they follow the risk management rules and the loss control? It probably will be the insurance industry,” she suggested. “Third parties – how are they controlled and regulated? Are we looking at a whole new opportunity for different suppliers to the legal marijuana industry? We as an insurance industry need to address all facets along this new legal supply chain. No one wants to take on a risk if there are no controls in place.”

The seminar, titled Smoke Hazards: How will the legalization of marijuana affect the insurance industry? was held in downtown Toronto by ARC Group Canada, a network of independent law firms across the country. It featured three other speakers: Bruce Linton, founder and CEO of Canopy Growth Corporation, Canada’s first publicly traded cannabis company; Superintendent Marlene Jesso, a member of the federal government’s Task Force on Cannabis Legalization and Regulation and Michael Teitelbaum, a partner with Hughes Amys LLP.