The legal expense insurance market is still in its relative infancy and could grow more than six times its size in the next decade, two industry leaders predict.

The current value of the market in Canada is about $80 million, observed Barbara Haynes, CEO of ARAG Services Corporation. If one were to look at Europe as a guide, where the market is far more mature, the Canadian segment could grow to half a billion dollars.

That means there’s a “huge market opportunity” here in Canada for those operating in the field, she said.

The market is about 10 years away from maturing and hitting the $500-million mark, estimated Jeff Kless, assistant vice president of marketing at DAS Legal Protection.

“I think a good analogy we’ve used internally is comparing it to D&O or cyber when it first came out, and educating the insurance community as to the value of the product and how we help manage customers’ legal risks, provide services, and things like that,” he told Canadian Underwriter. “We have successfully grown the market and we’re going to continue to successfully grow the market on that front.”

Legal expense insurance is a specialized market, Haynes said in an interview. “It’s not just another straight property and casualty line of business. When you think about it, DAS has teams doing claims work and has relationships with outside legal firms — it’s quite a bit different from traditional P&C business.” 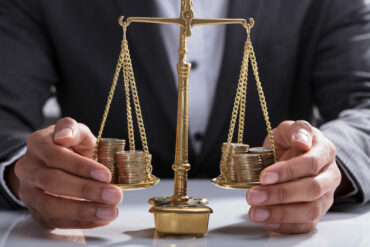 ARAG Group announced recently that it had acquired DAS Legal Protection in Canada.

In order to get from $80 million all the way up to $500 million, there won’t be one significant event or a single major hurdle to cross, Haynes said. It’s not a mandated item, in the same way that governments require auto insurance to be purchased or banks require homeowners to have property insurance. It will instead be an evolution of the market as clients become more aware of the product.

“It’s sold, it’s not bought,” Haynes told Canadian Underwriter. “People have to be able to either know about it and ask for it, or brokers who are selling it have to get their heads wrapped around this as a different type of product. A lot of it is really around level of awareness.”

Some insurers may eventually see it as a competitive advantage to update or embed such coverage in their own products, Haynes said. Indeed, in Canada, legal expense insurance is very much an add-on product, she noted. And in Europe, it’s typically a standalone coverage: “So you buy home, car, business [insurance], and then legal expense insurance,” she said.

“People [and] businesses, encounter legal issues,” she said. “Life is more complicated. They need advice. Or sometimes they get involved in disputes and and they need a lawyer — and we all know that’s expensive. The cost of getting legal help is not going down. That’s an area where legal expense insurance can really can really help, if you have a policy.”