Most Canadian IT professionals report some security solutions “outdated and inadequate”: study

Most IT professionals in Canada (73%) feel strongly that some of their security solutions are outdated and inadequate, according to the Canadian results of a global study released last week. 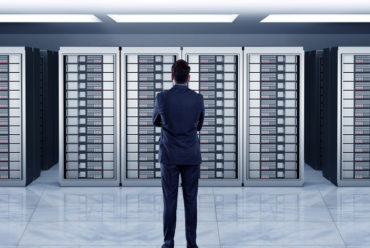 The Need for a New IT Security Architecture: Global Study on the Risk of Outdated Technologies was released on Feb. 7. Conducted by the Ponemon Institute and sponsored by technology company Citrix, the report examined global trends in IT security risks and reasons why security practices and policies need to evolve in order to handle threats from disruptive technologies, cybercrime and compliance mandates. The research featured insights from 4,268 IT and IT security practitioners in Australia/New Zealand, Brazil, Canada, China, Germany, France, India, Japan, Korea, Mexico, Netherlands, United Arab Emirates, United Kingdom and the United States.

According to the results, Canada was among the top four countries (including the U.S., U.A.E. and the U.K.) to agree that their organizations’ existing security solutions are outdated and inadequate, said a statement from Citrix. Seventy-one per cent of the polled 265 Canadian IT and IT security practitioners said their organization needs a new IT security framework to improve its security posture and reduce risk; 52% of Canadian respondents stated that their organization will increase budget for IT security in 2017 – equivalent to the global average; and more than any other country, Canadian IT practitioners think that machine learning is the most important technology to reduce security risk over the next two years (85%).

The study found that while Canadian IT and IT security practitioners are concerned about their organization’s ability to control employee devices and data, they conversely appear to disregard the importance of enforcing employee compliance with security policies. Canada and Korea (40% respectively) are the least confident that their organization has the right policies and procedures in place to protect data and their infrastructure, the statement said. Yet, Canada is the country least concerned (51%) about the inability to enforce employees’ compliance with policies.

Other findings related to Canadian employee behaviour include:

From a global perspective, less than half (48%) of respondents to the study said that their organization has security policies in place to ensure employees and third parties only have the appropriate access to sensitive business information, the statement said. Similar to the Canadian results (73%), nearly 70% of global respondents said that some of their existing security solutions are outdated and inadequate.

The top security concerns confirmed in the global study included: