What Canadians think of their travel medical insurance

More than eight in 10 polled Canadians who have purchased travel medical insurance are “satisfied with the product and the value it provides” and 98% of those who made claims in the past year were fully or partially paid, a new study has found.

If there was any room for improvement, it was in the claims process. 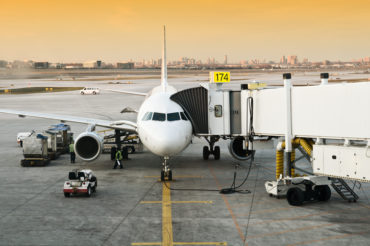 The survey of 1,200 adult Canadians, conducted by Pollara Strategic Insights and released Tuesday, found that although there were high levels of overall satisfaction, 31% of claimants had a complaint about the claims experience, mostly about the length of time it took to process a claim and lack of clarity about what was required. This was down 7% from 38% in 2015, when similar research was undertaken by Pollara.

Keith Martin, co-executive director of the Canadian Association of Financial Institutions in Insurance (CAFII), said that he doesn’t have specific figures on the average time to process a claim. “The industry works hard to settle claims as quickly as possible, but the times it takes can vary depending upon a number of circumstances, including specific situation, and the geographic location of a medical emergency.”

CAFII members are also always looking for ways to improve the process, including shortening the length of time it takes to resolve a claim.

“One way of doing this is to provide consumers with clear and concise information about travel medical insurance and what’s required to make a claim,” Martin told Canadian Underwriter Thursday. “Another way is to continue to invest in new technology that can speed up the claims process. Our members are doing these things well, and the research shows that consumers are reasonably pleased with our progress in this regard.”

Despite the percentage of claimants that have complained, Martin noted, respondents also report that the industry is responding to complaints effectively. For example, the poll found that 83% of those who complained about the claim experience, and who completed the claim process, reported that they were very/somewhat satisfied with how the complaint was handled.

Overall, the high level of claims payout – 98% fully or partially paid, with only 2% being rejected – is a major reason for the positive claims experience of Canadians, Martin said. The industry also provides claimants with “ample time” to obtain the necessary documentation required to support a successful claim. Some of that documentation may be from medical providers and hospitals in foreign countries, and there can be delays in receiving this documentation, Martin pointed out.

There are other contributing factors, including support and knowing who to contact. The survey found that 94% of claimants said they knew who to contact and what to do in the event of a medical emergency (up from 88% in 2015). Eighty-five per cent said that the support they received during a travel medical emergency met or exceeded their expectations (up from 82% in 2015).

The top six factors influencing decisions when it comes to choosing coverage were: