Motorists in the United Kingdom are facing the biggest annual price hikes in car insurance premiums in five years, with prices rising by £115 over the last 12 months, according to the latest Confused.com Car Insurance Price Index, powered by Willis Towers Watson. 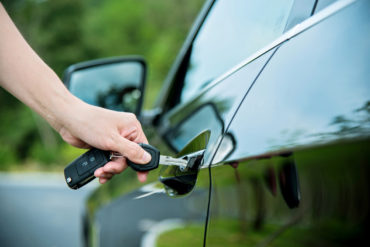 These year-on-year price rises of 19% are the steepest seen in five years (Q2 2011 = +25%), meaning that drivers are now paying £715 on average for their comprehensive car insurance premium, compared to just £600 this time last year, said a press release issued Friday by Confused.com, an insurance price comparison site. In terms of a quarterly increase, prices rose by a “significant 6%” in Q2 2016, equating to an additional £44 on premiums over the last three months alone.

“Insurance price increases of this magnitude, coupled with rising petrol prices and hikes in insurance premium tax, could well signal the end of the road for cheaper driving for motorists,” the press release said.

While no age group has managed to avoid price rises, younger drivers have been less affected, according to Confused.com. The youngest drivers, 17-year-olds, have experienced the smallest yearly price increases compared to any other age group: 8%. However, their average premium has broken the £2,000 barrier and now sits at £2,013. Females aged 17-20 have also escaped the maximum hikes, however they’re still facing an annual price increase of 15%, the release said. While this is lower than the national average, it still equates to a rise of £223 over the year, resulting in a current premium of £1,671 – a £94 increase over just three months (+6%).

In contrast, Confused.com reported, drivers aged 61 have seen the steepest annual rises, of 24%, so their premiums still only sit at £418 on average – £297 less than the national average. Male drivers aged 71+ have also been hit hard with a similar 24% annual rise, taking their average premium to £466 – £89 more than this time last year. And it’s a double-blow for older male drivers, with men aged between 41-45 experiencing the biggest quarterly increase of 9%, along with male drivers aged 61-65 (+9%), the press release noted.

Both men and women have seen their premiums rise substantially over the last 12 months, although men have seen prices creep up slightly higher than their female counterparts, by 21% (+£129 year on year) and 18% (+£98 year on year) respectively. The second quarter of 2016 has seen a further jump of 7% for men, and 6% for women. As a result, the average man’s premium now stands at £756, with women’s at £664. And it would seem that the gap in price between men and women’s premiums is widening, with a difference of £92 between the sexes in Q2 2016. In comparison, this time three years ago (Q2 2013), the gender price divide stood at just £27, Confused.com reported.

These steep increases in premiums are being felt across the U.K., with no region escaping the annual hikes. Motorists in Northern Ireland have been particularly hard hit, seeing their insurance premiums increase by 25% annually – the highest increase of any region in the U.K. For these motorists, their average premium now stands at £863, making it £148 more expensive than the national average.

The outlook isn’t much better for drivers in Scotland, with those in the Scottish Highlands and Islands experiencing annual price rises of 24%. And motorists in the Hebrides have seen annual price increases of 42% over the year – the largest price increase recorded in this area since the Car Insurance Price Index began.

According to the index, those in the Inner London area pay the highest premiums of any region in the U.K. – £1,164, a staggering £449 more than the national average. Motorists in West Central London are no better off, as they have experienced one of the greatest annual increases in premiums of 36% (+£315).

The southwest of the U.K. is also bearing the brunt of escalating insurance prices, with an annual increase of 20%. Drivers in Dorchester have seen their policies increase annually by 31%, and quarterly by 16%, while motorists in nearby Taunton have experienced similar price rises of 27% over the year, and 13% over the quarter.

However, some regions have escaped relatively unscathed. Drivers in North and Central Wales have experienced quarterly price rises of just 2%, the lowest of any U.K. region, pushing prices up by just £12 for motorists in the area over the three month period, to stand at £572.

“We’ve not seen price rises of this magnitude for five years – a 19% annual increase is substantial to say the least,” said Amanda Stretton, motoring editor at Confused.com, in the press release. “And these price rises are being felt across the board, for drivers of all ages and genders, across all U.K. regions. If prices continue to rise at the rate we’ve been seeing, we could be facing the possibility of average comprehensive premiums breaching the all-time high seen in 2011, when they peaked at £858. This, combined with rising fuel prices and increased motoring costs across the board, could result in a sizeable dent in drivers’ pockets.”

Confused.com is one of the U.K.’s largest price comparison services site. Launched in 2002, the site generates more than one million quotes per month. Confused.com is owned by Admiral Group plc, and regulated by the Financial Conduct Authority.