Auto insurance covers “car surfing,” in which a person rides on the top or rear of a moving vehicle, an Ontario court has found. 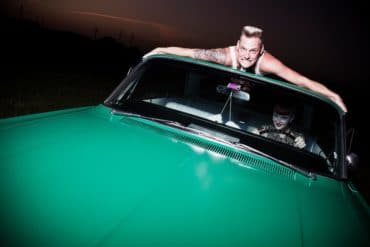 The Ontario Divisional Court upheld the ruling of an accident benefits tribunal last year. An adjudicator at the Ontario Licence Appeal Tribunal found that Iris Charbonneau was involved in an “auto accident” on July 14, 2014, when she was seriously injured while car surfing.

At the tribunal level, Intact Insurance Company argued the incident was not an “auto accident,” and therefore there was no accident benefits coverage under the Intact policy issued to Charbonneau’s father. The adjudicator rejected Intact’s argument, and the insurer appealed the tribunal decision at the Ontario Divisional Court.

“In our opinion, while reckless and foolish, Ms. Charbonneau was using the vehicle for its normal purpose of transportation and there was an accident in which the adjudicator correctly determined there was Statutory Accident Benefits,” Perell wrote for the court.

Perell’s decision references the court’s two-part test for whether an activity fits within the definition of an “auto accident” for insurance purposes. One branch of that test is whether the activity is in keeping with the ordinary use or “purpose” of the vehicle.

“Intact submitted that the purpose test is designed to ensure that no fault benefits are confined or restricted to accidents or to motorists and others who are making an ordinary and well-known use of the vehicles,” Perell wrote. “In the immediate case, Intact’s submission is self-defeating because the adjudicator had material before her to suggest that car surfing is a commonplace enough activity that the legislature has thought fit to criminalize it as an offence under s. 178 of the Highway Traffic Act, which prohibits ‘attaching oneself to a vehicle.’”

Perell ruled that car surfing is a subset of other activities known as “hitching a ride.”

These activities would encompass such activities as riding on a bumper or side bar of a car or grabbing a moving vehicle while on in-line skates, a bicycle, a skateboard, a sled, or a toboggan.”

The court did not comment on whether these activities were also covered under an auto insurance policy.