Carbon nanotubes: The next asbestos risk?

Carbon nanotubes (CNTs) could represent the next asbestos risk in the future, and CNTs should be regulated and monitored to mitigate the risks associated with their use, A.M. Best says in its Nov. 29, 2017 special report on asbestos and environmental losses. 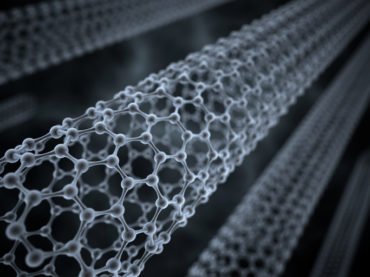 “For example, although too early to determine conclusively, concerns are growing that mineral and non-mineral elongated particles (particularly some types of carbon nanotubes) could represent the next asbestos-level threat to public health if not proactively managed safely and effectively before a veritable explosion in use over the near term.”

A carbon nanotube is a tube-shaped material, made of carbon, having a diameter measuring on the nanometer scale. A nanometer is one-billionth of a meter, or about 10,000 times smaller than a human hair, as described by NanoScience Instruments. They can have many different structures, differing in length, thickness and number of layers.

Used in a wide variety of common everyday items, including baseball bats, golf clubs, car parts or damascus steel, CNTs are most commonly used today in structural reinforcement. They can be constructed in many shapes and sizes.

CNTs carry a similar risk as asbestos, A.M. Best points out, because they have similar properties as asbestos materials.

“Concerns that some types [of CNTs] could pose potential health hazards similar to asbestos are due mainly to CNT’s similarly fibrous, needle-like structure and high biopersistence (the material’s resistance to being broken down by or expelled from a biological organism),” A.M. Best observes. “In contrast to asbestos fibers, carbon nanotubes can exist in many different sizes and could trigger a variety of cellular responses in the body depending on the type.

“For some types, this could even include the process of endocytosis, whereby a material enters a cell without passing through the cell’s membrane, which has occurred with asbestos fibers.”

The Government of Canada committed in 2016 to banning the manufacture, use, import and export of asbestos.

“If the use of [CNTs] is left completely unrestrained and unmonitored…it would not be difficult to imagine a scenario where one or more types of carbon nanotubes turn out to have similarly harmful and lingering effects on public health as we now know asbestos has had,” A.M. Best reported.