Why your CGL pollution exclusion may not go far enough

Even though they put pollution exclusions into their commercial general liability policies, two major insurers are still on the hook for defending a Vancouver area dry cleaner against a lawsuit arising from soil contamination, a court ruled last week. 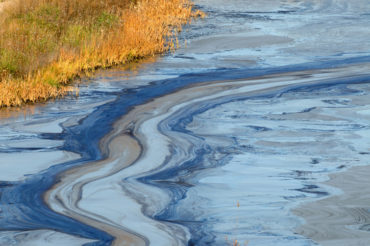 In 2014, West Van Lions Gate Cleaners, located near the north shore of the Burrard Inlet, was sued by its neighbours. The adjacent property owners alleged that dry-cleaning chemicals and petroleum products entered groundwater and soil.

West Van has allegedly owned its land since 1987. An auto repair business is alleged to have operated on the land currently used by the dry cleaners, until 1979.

An Intact policy, in place from June 1998 to June 1999, excludes injury and property damage “arising out of the actual, alleged or threatened discharge, disposal, release or escape of pollutants … at or from premises owned, rented or occupied by an Insured.”

A major factor in the court ruling was that West Van’s neighbours invoked the Environmental Management Act, which stipulates that owners of contaminated sites are responsible for remediating those sites — with some exceptions. The plaintiffs also sued for nuisance and negligence.

Justice DeWitt-Van Oosten ruled that neither Intact nor Economical’s policies specifically excluded concurrent liability, contributory liability or retroactive liability for pollution causing property damage arising out of occurrences caused by an “independent third party.” Both policies are ambiguous on this, she ruled.

Economical argued that the lawsuit against West Van does not allege that the contamination resulted from pollutants that were used before West Van owned the land.

But Justice DeWitt-Van Oosten found that because West Van is alleged to be a “person responsible for remediation” under the provincial Environmental Management Act, there is a possibility that West Van could be held liable for pollution caused by previous landowners.

Among the cases cited were Precision Plating Ltd. v. Axa Pacific Insurance Company, released in 2015 by the B.C. Court of Appeal, which overturned a B.C. Supreme Court ruling against AXA. Precision Plating was sued after a fire triggered a sprinkler which caused chemical vats to overflow.

AXA’s pollution liability exclusion, in the policy it wrote for Precision Plating, was “broader in its wording” than the CGL policies that Economical and Intact wrote for West Van, Justice DeWitt-Van Oosten noted Dec. 29, 2017 in her ruling in West Van Holdings Ltd. v. Economical Mutual Insurance Company.

More News
Related
How legalizing pot will affect your insurance policies
Supreme Court of Canada will not hear appeal over commercial general liability policy with pollution exclusion
Does CGL’s duty to defend apply to the insurance policy as a whole?
Organizations considering standalone cyber coverage should evaluate risk profile to see if traditional policies are adequate: RIMS