An insurer in an accident benefits case has obtained a court order requiring a claimant to turn over the discovery transcript in a related long-term disability (LTD) claim arising from the same accident. 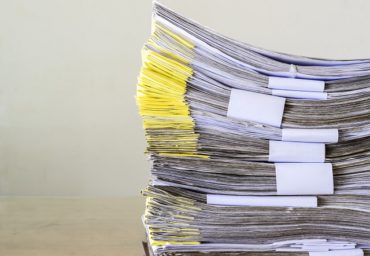 Ontario’s rules for handling auto accident benefits cases do not “prohibit the use, for any purpose, of evidence that is given or referred to during a hearing.” But the rule does not allow automatic disclosure of discovery transcripts from separate claims hearings.

The court has to allow such evidence to be used. In deciding whether to do so, the court must be “satisfied that the interest of justice outweighs any prejudice that would result to a party who disclosed evidence.”

In Loccident v. State Farm, Ontario Superior Court Justice ordered a plaintiff to produce a discovery transcript from his LTD hearing on the basis that “the claims are overlapping and arise from the same accident.” The insurer can only use the transcript to impeach the claimant’s testimony at trial, or for the purposes of settlement discussions in the accident benefits action.

In October 2012, the claimant in the case, Maurice Loccident, was involved in an auto accident on Highway 401 near Prescott, Ontario. He launched an LTD claim in April 2014.

A little over a year later, in August 2015, Loccident launched a claim against State Farm Mutual Automobile Insurance Company under the auto accident benefits regime in Ontario. State Farm was not a party to the LTD claim, and was not present at the discoveries in the LTD action.

Loccident and State Farm remain at odds over whether Loccident suffered a catastrophic impairment, which would entitle him to more benefits than have already been paid.

The insurer won a bid to further examine Loccident on the basis of 34 undertakings he gave at the initial discovery in the accident benefits matter. The rules allow discovery “once,” but follow-up discovery is allowed based on whether the first discovery process was deemed completed, the court found.

As for the LTD transcripts, the court did not accept the argument of Loccident’s counsel that the LTD discovery transcripts were not required because they essentially reiterated the same material in the accident benefits discovery.

“During her submissions, counsel for [Loccident] indicated that there was no utility in seeing the transcript because [his] evidence is consistent,” Ontario Superior Court Case Master P.T. Sugunasiri wrote in an endorsement. “If that is the case, then there is no harm in seeing it.”

If there are material discrepancies, Sugunasiri went on to say, “it is in my view better for those to come to light now such that the parties have the best possible assessment of their respective cases before obtaining a trial date and before pre-trial.”

Sugunasiri also cited Supreme Court of Canada Justice Ian Binnie in Juman v. Doucette, in which Binnie found that prejudice to an examinee is virtually non-existent where the parties and issues are similar.