The City of Toronto has announced its Vision Zero Road Safety Plan for 2017, which includes 45 new measures that will be introduced this year targeted at eliminating fatalities and reducing serious injuries, with an emphasis on pedestrians, aggressive and distracted driving, school children, older adults and motorcyclists. 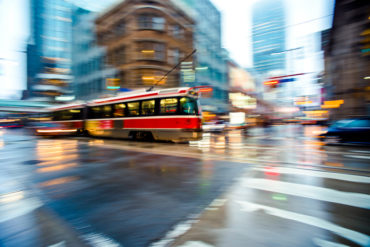 Another initiative is road safety audits, which involve in-depth investigations into locations where pedestrians have been killed or seriously injured to determine reasons for collisions and to make recommendations on appropriate safety improvements. These improvements could include geometric road modifications, speed reductions, street lighting improvements, enhanced pavement markings and signage, implementation of prohibited turn movements and/or signal timing modifications, the backgrounder said. In 2017, road safety audits will be conducted at 14 locations.

“The number of pedestrians and cyclists injured and killed by vehicles in our city last year is both alarming and unacceptable,” Tory said in the release. “We must do more to prevent these deaths and protect our residents across the city.”