CALGARY – A class-action lawsuit alleging the defendants acted recklessly and unreasonably has been filed against the operators of a tour bus involved in a fatal rollover at Jasper National Park’s Columbia Icefield.

Three people were killed and 14 others suffered life-threatening injuries on July 18 when the red-and-white, all-terrain Ice Explorer lost control while carrying passengers on the road to the Athabasca Glacier.

The bus rolled about 50 metres down a moraine embankment before coming to rest on its roof. The bus was carrying 27 people. 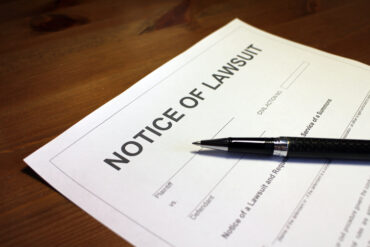 “The defendants knew or ought to have known that there was a significant risk to the plaintiff and class members and that the accident was a reasonably foreseeable result of failing to take adequate measures to prevent such incidents,” reads the claim.

“The accident was caused solely by the negligence, gross negligence, or intent of the defendants.”

None of the allegations has been proven in court.

A spokeswoman for Pursuit, the company that runs the Columbia Icefield tours, said it couldn’t comment on pending litigation.

“We continue to actively support a transparent and multi-agency investigation into the cause of this tragic accident. The results of this investigation, once completed, will be shared with the public,” Tanya Otis said in an email.

The lead plaintiff is Devon Ernest, 22, from North Battleford, Sask., who was on the tour with his girlfriend, Dionne Durocher of Canoe Narrows, Sask., and his cousin Winnie Ernest.

Durocher died at the scene.

“I’m not doing so good. I’m just trying to hold on,” Ernest told The Canadian Press.

He suffered a concussion, a fractured wrist and lacerations to his head and hands.

“Someone was at fault. Someone or something could have been changed,” Ernest said.

“I don’t know how this happened.”

Ernest said the driver gave limited safety instructions before the bus took off. He said she pointed out the rear exit and how to open windows.

Rick Mallett, a litigation lawyer with James H. Brown and Associates in Edmonton, said in an interview, that the accident should never have happened.

“It’s such a tragic outcome for the people that were there for a fun time, especially during this whole COVID situation,” Mallett said.

“It went so terribly wrong, so we took a look at it right away.”

The class action, which so far includes 10 of the 27 people on the bus, must be approved by a judge if it is to go ahead.

It notes there were no seatbelts on the coach and alleges the driver appears to have lost control when going down a steep incline.

“The tour bus went over the side of the embankment and rolled over four to six times, with at least two rotations occurring in the air, before coming to a stop on its roof.”

The statement alleges the defendants failed to enact protective measures to prevent the accident.

Mallett said the RCMP have checked out the bus at a secure location and his law firm will have a mechanic and an accident reconstructionist look at it.

The Columbia Icefield is one of the largest non-polar icefields in the world. It spills down from the mountains about 100 kilometres south of Jasper.

Otis said in her email that the buses would not operate for the rest of the 2020 season.

Feature image: A rolled-over tour bus rests where it fell on the Columbia Icefield near Jasper, Alta., Sunday, July 19, 2020. A class-action lawsuit alleging the defendants acted recklessly and unreasonably has been filed against the operators of a tour bus involved in a fatal rollover at Jasper National Park’s Columbia Icefield. THE CANADIAN PRESS/Jeff McIntosh