What to do about clients who lie about their address

If an insurer has proof a claimant is committing address fraud, there are several weapons they have in their arsenal to fight it, an insurance lawyer said Tuesday.

The first thing the insurer should do is ask the underwriting department how much the yearly premium would change if the insured lived at the possible real address, said Andrew Grayson, an insurance defence lawyer with Toronto-based Regan Desjardins LLP. 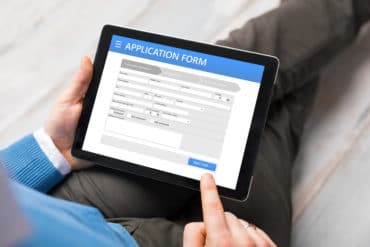 “You can go as far as to say to them, ‘Would you void the policy if they keep going at this rate [and] say they live at this address?’” Grayson said. “Sometimes, depending on the insurer, they might.”

Grayson provided tips on how insurers can recognize and fight against address fraud at the Canadian Association of Special Investigation Units (CASIU) 2018 Fraud Conference, held at the BMO Institute for Learning in Toronto.

Common sense suggests fraudsters would want to provide a fake address far from their real residence. As an example, Grayson said he has seen a lot people use Toronto and Ottawa as addresses. But in one case, a 19-year-old man with a G2 licence in Toronto said he lived in Oakville, about 40 kilometres away. “The underwriters of insurance said the difference in savings is $7,000,” Grayson told conference delegates.

Another thing insurers can do is to contact all possible witnesses – such as a parent, landlord, dorm, etc. – concerning the address. In one case, the insurer contacted a dorm in Waterloo, Ont. to check if an insured lived there and was told he did not. Grayson said the insured confessed he was filling out his application online and “it was such a high amount” a friend suggested putting in the address of their friend at the dorm in Waterloo.

Grayson also recommends insurers “Google map” the address to find out what it looks like if they are unfamiliar with it, and what type of residence it is, such as a farm. Google Maps can also show, for example, whether the farm is one or two storeys, and whether it is a small barn or an expensive, metal farm. He said in three cases he’s seen involving a farm “two of them were legit farms where these people’s relatives lived. The last one… he had never stepped foot on that place.”

Once all the pertinent questions are asked and details obtained, Grayson said it’s good to get a statement or examination under oath (EUO). “The court actually does regard that differently,” Grayson said of EUOs. “Why it’s so good is you can nail down certain things and then once it’s nailed down, you can confront them with what you might have.”