The Co-operators Duuo could go ‘way beyond home share’

More Insurtech products – in addition to coverage for overnight home rentals – could be coming down the pipe from the recently-launched Duuo, a speaker with Slice Labs Inc. reports.

Guelph, Ont.-based Co-operators and Slice announced Sept. 18 the launch of duuo, which provides insurance for home-sharing hosts who rent their properties from sites like Airbnb, HomeAway and VRBO. 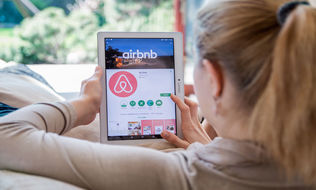 “This is not it,” Lafreniere said Nov. 7 of Duuo. “I think there are goals and visions on duoo way beyond home share.”

Lafreniere made his comments at a panel held at InsurTechTO, Where Insur + Tech Meet: The Collaboration Story of a Top 5 Insurer and a Technology Startup.

Some customers do not want to buy insurance by filling out the traditional application form, Lafreniere said, using an analogy of buying groceries online. “If I say, ‘I want to buy this milk,’ and then wait for Fortino’s to send me an email saying ‘Yes, we are happy to sell you milk at $4 a gallon,’ that just wouldn’t work.”

Lafreniere’s co panelist was Peter Primdahl, vice president of emerging business models for The Co-operators. Primdahl explained why The Co-operators approached Slice Labs to work on insurance for the sharing economy.

Duuo is intended to cover the risk of renting out one’s as if it’s a hotel – which is not covered by a typical home insurance policy. Coverage includes vandalism, infestation, loss of income and alcohol liability, among others.

The Co-operators launched Duuo within weeks of signing a deal with Slice Labs.

“In this digital first world, you can’t spend six months launching something. You can’t spend a year thinking about things,” said Lafreniere, who explained the “minimum viable product” (MVP) model.

“We are willing to launch something knowing that once it’s in the marketplace it’s an MVP. We will learn from that and we will iteratively improve … through experimentation,” said Primdahl.

This is a “big change in terms of thinking and culture” from the traditional way of developing insurance products, where the companies aim for “big bang perfection” and “spend months if not years trying to get there,” added Primdahl.

It was in April, 2018, when Co-operators officials “decided to get serious about exploring a potential partnership” with an insurtech, suggested Primdahl.

By July, “we were prepared to sign the business agreement and we also expressed an interest in taking an equity position in Slice.We accomplished both in three months.”

Launched in 2015, New York City-based Slice Labs has an office in Ottawa.

Slice was also AXA XL’s vendor for a cyber insurance product announced Oct. 30. The AXA XL cyber coverage, meant for small and mid-sized businesses, can be purchased online in minutes.