Homesharing hosts should have to provide criminal background, ownership and insurance checks and prove they are compliant with apartment and/or condominium board rules for their unit, a coalition of hotel and tenants associations suggested in a new report. 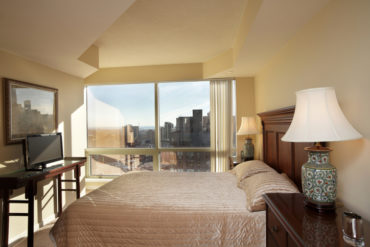 Fairbnb, a coalition calling for “fair” regulation of Airbnb and other short-term rental companies in Canada, released their report titled Squeezed Out: Airbnb’s Commercialization of Home-Sharing in Toronto, on Friday. The coalition proposes that any new City of Toronto bylaw (or any bylaw in other cities) should only allow “one host, one listing,” with proof that the property is the host’s principal and primary residence, Fairbnb said in a press release.

Among other recommendations, the coalition calls for:

“The City needs to implement a set of regulations that will place Toronto at the forefront of those jurisdictions that have developed enforceable, common sense regulation,” the report said. For the purpose of the proposed legislation, the coalition defines short-term rentals as “the offer of a place of temporary residence, lodging or occupancy by way of a commercial arrangement for any period less than 30 consecutive calendar days, throughout all or part of a calendar year.”

Should platforms be found in violation of the city’s regulations, and postings appear without a valid permit number, “platforms and hosts should face steep and escalating fines,” the coalition recommended.