With road traffic down due to stay-at-home orders and business closures to prevent the spread of COVID-19, the frequency of auto collisions in Canada was halved at one point, according to a new report.

But police data show the fatality rate actually went up, suggesting the crashes were more severe.

In reviewing auto insurance trends from 2020, Mitchell International’s Ryan Mandell, director of claims performance for the group’s auto physical damage business unit, noted that there was a “drastic reduction” in the frequency of auto claims.

“Once North American shelter-in-place mandates were first issued in March 2020, roads became ghost towns and traffic-filled, hour-long commutes were replaced by quick trips on empty freeways,” Mandell wrote in the report, A Look Back at 2020 Trends in Auto Insurance, released Mar. 8.

During the height of the pandemic, in the spring of 2020, between 20% and 70% of road traffic disappeared, according to various sources canvassed by Canadian Underwriter.

In the Greater Toronto Area, for example, based on real-time data, trips across Highway 401 — the busiest highway in North America — were down 18% to 24% over a 24-hour period compared to the same time last year, the Ministry of Transportation of Ontario told Canadian Underwriter. Looking at the data during peak morning and afternoon travel, volume dropped 30% to 40%.

As a result, collisions dropped off to the tune of 50% in April 2020 compared to April 2019. However, as drivers got back behind the wheel, collisions went up, although not as much as during normal pre-pandemic driving periods.

In May 2020, collisions were down 20% compared to the same time the previous year. Collision rates stayed generally steady until November, when restrictions across the country kicked in again following the second wave of COVID-19. Then they dropped to about 30% year-over-year, before climbing again in December. 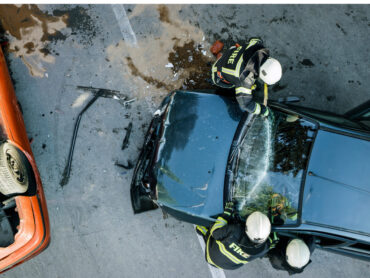 “Despite different regional lockdown requirements, there has been a steady increase in accident volumes since the lows of last spring,” Mandell reported. “In fact, claims volume in December 2020 was only off by 16.61% in the United States and 26.46% in Canada compared to December 2019.”

Ontario Provincial Police drew similar conclusions regarding collisions last year. Collisions in the province dropped 26% (from 75,128 to 55,581). And yet the the fatality rate in serious crashes was up 22%. So even though there were fewer crashes, the fatality rate was worse.

Three months into 2021, it’s still a bit too early to predict how the year will play out based on the events of 2020, Mandell wrote. “However, by taking a look at last year’s key trends, carriers and collision repairers can successfully navigate an uncertain future and adapt to what will likely be a new post-pandemic normal.”

As for other trends, Mandell said photo-based estimating, or virtual estimating, was already trending upwards before the pandemic. Once COVID-19 tightened its grip, the digital tool shot up — from a 4% usage in Canada to 13% in April 2020.

“These numbers have remained fairly consistent since the start of COVID-19 and there is no expectation that they will change post-pandemic,” Mandell wrote.

TD Insurance president and CEO Ray Chun highlighted the trend of virtual estimating in an earlier interview with Canadian Underwriter. He said client usage of using an app on their phone to take photos of damage and submit their claim digitally went from 15% pre-pandemic to 85% post-pandemic.

“That happened within…a few months,” he said. “People significantly shifted how they engage digitally with respect to a claim.”