Slice Labs Inc. announced Wednesday the launch of a private beta in which commercial insurance is being offered to hosts in Iowa who rent their homes. 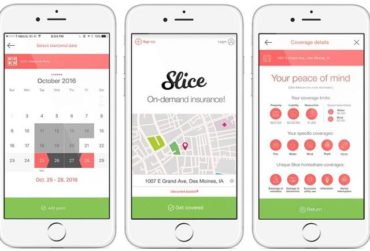 “The first product applies to homeshare hosts renting their homes on various homeshare platforms,” Slice stated in a release.

It is intended for people who rent property using services such as Airbnb, HomeAway, OneFineStay and FlipKey.

The policy “covers the time period the host is renting their home – a day, three days, whatever the timeframe may be,” announced New York City-based Slice, which has a licence in 49 U.S. states.

The homeshare policy has a liability coverage limit of US$2 million.

“Removing friction typically associated with buying a homeowners policy, coverage is added automatically or with a tap on the Slice mobile application.”

Slice is backed by Horizons Ventures, XL Innovate and Munich Re.

“Many people working in the on-demand economy do not realize their risk and the fact that they’re simply not covered through conventional means,” stated Slice co founder Ernest Hursh.