Comparing insurance contracts? How AI can help expedite the process

Global reinsurer Swiss Re is employing artificial intelligence (AI) to trace relationships between insurance contracts, all the way down to a single clause, allowing underwriters to process a submission much faster.

Mike Fitzgerald, senior insurance analyst with financial consulting firm Celent, says Swiss Re has built a model using an AI tool that it calls a “semantic library.” Swiss Re, which Fitzgerald says writes about 20,000 contracts a year, uses the model for all their contracts in force all the way down to the clause level. 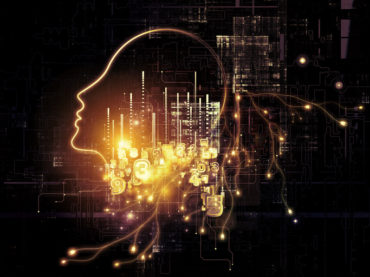 “It understands, makes sense of, and draws relationships between contracts all the way down to a single clause – say, the definition of a claim – and then they can compare that across their whole data set,” Fitzgerald said at the 16th annual Insurance-Canada.ca Technology Conference (ICTC) on February 27.

Normally when an insurance submission comes in, traditionally an underwriter would look at it and compare using different tools, such as spreadsheets and PDFs “and really try to make sense of that new submission against what they have from their experience,” Fitzgerald said during a session titled AI: What’s Your Plan? “What this particular AI system does is it uses machine learning to actually break apart, in a digital way, and build that semantic understanding, that relationship understanding, at the clause level.”

Now underwriters can process the submission much faster. Humans haven’t been taken out of the process, Fitzgerald noted. “Not only were they able to do a higher quality audit, but they were able to do much faster audits, almost real-time audits about each contract that went in,” he said. “This is a very good example of getting control of our products at a level we never have been able to before, and possibly never would have been able to.

“You couldn’t hire enough underwriters and lawyers to really be able to do this at this level of understanding.”

Fitzgerald said that he is also finding with machine learning, particularly with unsupervised machine learning, that people sometimes aren’t sure how the machine made a particular decision. “An issue that still needs to be worked through in any regulated environment… particularly insurance, is making sure that we can satisfy the compliance issues about really understanding what the machine is doing and make sure it stays within bounds,” he said.

While there are not many North American examples of AI in the insurance space, “it’s fascinating what can be done,” especially involving underwriting, Fitzgerald said.

More News
Related
Swiss Re plans to expand R&D capabilities to efficiently allocate capital into growing risk pools
Technology driving long-term transformation of the insurance industry; price levels expected to stabilize: Swiss Re
Technological change and cyber risk overtake regulation as top risks for global insurers: study
Net income for Swiss Re US$1.2 billion in 2017 H1, down from about US$1.9 billion in 2016 H1