Calgary-based Symbility said Thursday an overwhelming majority of its shareholders have approved a $160-million deal originally announced Oct. 22. The deal still has more hurdles to cross, including approval by the Court of Queen’s Bench of Alberta and the TSX Venture Exchange. 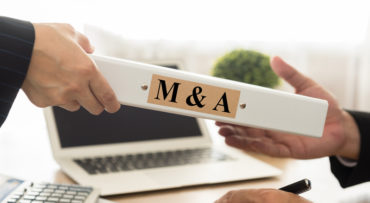 “We view Symbility as the leading innovator when it comes to claims automation, workflow and customer experience,” Steve Brewer, executive for insurance and spatial solutions at Irvine, Calif.-based CoreLogic, told Canadian Underwriter earlier in an interview.

CoreLogic has an existing relationship with Symbility. CoreLogic inherited a third of Symbility in 2014 when CoreLogic bought Marshall & Swift/Boekh LLC.

Marshall & Swift/Boekh bought its stake in Symbility in 2012. Part of that deal was a five-year agreement to refrain from acquiring more shares in Symbility. Then, in 2017, CoreLogic made an offer to acquire Symbility for 60 cents a share in cash. That offer was not immediately accepted, so Symbility officials looked for other potential buyers and also negotiated with CoreLogic for a higher price, Symbility said in a securities filing in 2018.

Ultimately, Symbility’s board accepted an offer by CoreLogic to pay 61.5 cents a share. That offer was put to the vote at the Dec. 13 special meeting of shareholders. More than 99% of shareholders voted in favour.