When a motorist gets sued by an accident victim, should the defendant be ordered to pay $5,000 to reimburse the plaintiff for half a day’s court testimony from a plaintiff’s doctor? 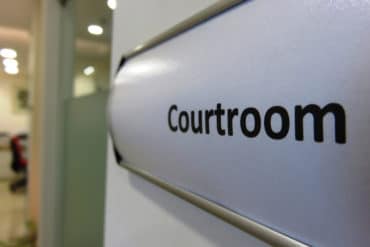 Gary Senner was injured in February, 2011 in a collision near Kamloops with a highway tractor.

An orthopedic surgeon had diagnosed Senner with “chronic myofascial pain relating to his neck and upper back,” concluding that condition was caused by the accident. The orthopedic surgeon charged Senner a fee of $11,080 for several reports and for testifying as an expert witness. Of this, $5,200 was for “a half-day court appearance by video,” Supreme Court of B.C. Master Rob McDiarmid wrote in Senner v. GE Canada Leasing Services Company, released July 26, 2018.

“Charging $5,200.00 for a half-day court appearance, generally about 2.5 hours, is in excess of what is reasonable for a defendant to pay,” McDiarmid wrote in his 31-page ruling, which dealt with a plethora of costs that Senner’s lawyer said Schneider should pay.

McDiarmid’s ruling was not on who was at fault or how much money in damages Senner should be awarded. That had already been decided in a ruling released in October, 2017. In that ruling, Justice Hope Hyslop of the Supreme Court of B.C. awarded Senner nearly $708,000, most of which was for future income loss.

Justice Hyslop found Senner (who was speeding) was 10% liable and Schneider 90% liable.

A fee that an expert witness charges to the person who retains that expert “may well be justified, but the defendants are only required” to reimburse the plaintiff “a reasonable amount,” McDiarmid wrote in his ruling on costs released July 26, 2018.

When a motorist gets sued as a result of an accident, that is normally covered by liability insurance provided by an auto insurance company.

He was echoing comments made by two consultancies – PriceWaterhouseCoopers and Ernst & Young – in separate report they released on ICBC.

Claims costs for ICBC were 58% higher in 2016 than in 2012 due in part to an increase in the number of claimants hiring lawyers to represent them, PwC said in an operational review of ICBC released in February, 2018.

Alternative dispute resolution is one way these costs could be cut, EY Canada wrote in Affordable and Effective Auto Insurance – a New Road Forward for British Columbia –released in July, 201.7

When Senner’s van collided in 2011 with Schneider’s highway tractor, Senner was a sergeant with the Kamloops detachment of the Royal Canadian Mounted Police. Senner was driving a “covert operations” van, intended to conduct surveillance during undercover work intended to catch drug traffickers.

Senner’s van rolled over a couple of times after Senner tried to avoid T-boning the highway tractor.

Though Senner was released from hospital the same day, he later retired from the RCMP for medical reasons. Justice Hyslop found that Senner would have continued working for the RCMP longer than he did and would have been promoted to Staff Sergeant had it not been for the accident.