A newly acquired motorcycle is considered a “newly acquired automobile” for the purpose of accident benefits under the Ontario Automobile Policy (OAP 1), a panel of three Ontario judges has found.

The Divisional Court considered a statutory appeal of the meaning of section 2.2.1 of OAP 1, which looks at extending insurance to other automobiles. The court determined that a motorcycle is recognized as an automobile under OAP 1, meaning that a claimant who had a newly acquired motorcycle was entitled to accident benefits that were denied.

It upheld a decision of the Licence Appeal Tribunal that was also confirmed in its reconsideration decision, finding that the motorcyclist was covered by the policy held by the insurer of the vehicle he already owned.

The case stemmed from an accident that occurred on July 16, 2016 that seriously injured Jacob Johnson. The accident involved the Harley Davidson motorcycle Johnson was riding. Johnson sought accident benefits from his insurer, Jevco Insurance Company, the insurer of the motor vehicle he already owned (a Chevrolet Silverado).

Some benefits, not all, were denied on the basis that Johnson was operating the motorcycle without insurance. The listed benefits in dispute were an income replacement benefit, visitor expenses and a housekeeping and home maintenance benefit.

At root of the statutory appeal was the question: “Is the motorcycle that was purchased by Jacob Johnson a ‘newly acquired automobile’ such that the insurance policy acquired in respect of the Chevrolet Silverado covered the motorcycle at the time of the accident and provided Jacob with the benefits that were denied?” 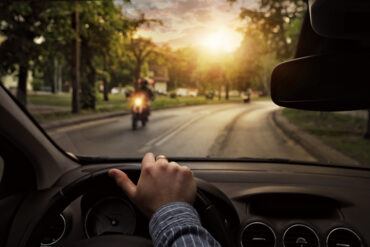 It was, Justice Thomas Lederer wrote for the Divisional Court in its unanimous ruling in Johnson v. Jevco, released Wednesday. “A motor vehicle which, pursuant to the Highway Traffic Act includes a motorcycle is, for the purposes of the Insurance Act, an automobile because under the Compulsory Automobile Insurance Act it is required to be insured,” Justice Lederer wrote. “In this basis, a motorcycle is recognized as an automobile when that term is used in the Ontario Automobile Policy (OAP 1) Owner’s Policy.

“This being so, when the Ontario Automobile Policy s. 2.2.1 refers to a ‘newly acquired automobile,’ it includes a newly acquired motorcycle. As found in the Decision of the Licence Appeal Tribunal and confirmed in the Reconsideration Decision this means that Jacob Johnson was insured on the day of the accident and, given the agreement of the parties qualifies for the benefits that were denied.”

S 2.2.1. says that “a newly acquired automobile is an automobile or trailer that you acquire as owner and that is not covered under any other policy. It can be either a replacement or an additional automobile. The replacement automobile will have the same coverage as the described automobile it replaces.”

Johnson bought the motorcycle on July 5, 2016. The next before, he had contacted his broker requesting a quote to insure a Harley Davidson. The day after the purchase, Johnson was advised that Jevco did not underwrite motorcycle insurance and, “given his poor driving record, he would have to seek insurance through the insurer of last resort, the Facility Association,” the decision said.

“Jacob Johnson did not, during this or a subsequent discussion which took place five days later (July 11, 2016), advise the broker that he had already purchased a motorcycle,” Justice Lederer wrote. “Jevco was not told of the purchase until August 2, 2016.” He had the accident on the motorcycle on July 16, 2016 and sought benefits from Jevco.

Jevco had argued that Johnson did not advise the insurer of the purchase until Aug. 2, 2016, well after the date of the accident (July 16, 2016) and after the 14-day period by which notice of such a purchase is required under s. 2.2.1 of OAP 1. As well, no additional premium had been paid to insure the motorcycle, Jevco argued.

“I will repeat what is said in s. 2.2.1: ‘Your newly acquired automobile(s) will be insured as long as you inform us within 14 days from the time of delivery and pay any additional premium required,’” Justice Lederer wrote. “[Jevco] misunderstands the import of the 14-day notice period. It is a grace period for continuing insurance to be arranged; it is not a precondition to insurance being provided for the 14 days.”

As well, there is no requirement to pay an additional premium to activate what is an automatic coverage for a newly acquired automobile, albeit coverage that only extends for only 14 days, the decision said.