The British Columbia Court of Appeal recently ruled against the province’s government-run auto insurer when it upheld a lower court decision awarding disability payments after the 104-week period covered by the regulation covering auto accident benefits, essentially finding that a clause in the province’s accident benefits regulation must be interpreted in a manner consistent with the objective of auto insurance legislation. 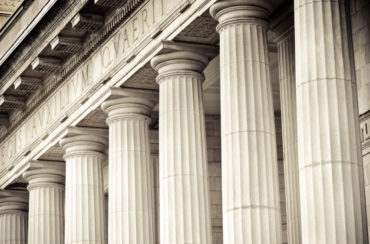 Court records indicate that in April, 2008, Heidi Symons was seriously injured near Charlie Lake, B.C. when her vehicle was rear-ended by a truck.

“She was off work for two weeks and received disability benefits from the Insurance Corporation of British Columbia (ICBC),” wrote Madam Justice Elizabeth Bennett, of the B.C. Court of Appeal, in a ruling released May 16.

The province’s appeal court upheld a ruling released in 2014 by the Supreme Court of B.C. against ICBC, the crown corporation from whom all B.C. vehicle owners must by mandatory auto insurance.

Disability benefits for employed persons injured in auto collisions are stipulated in BC Regulation 447/83. Section 80 (1) states: “Where, within 20 days after an accident for which benefits are provided under this Part, an injury sustained in the accident totally disables an insured who is an employed person from engaging in employment or an occupation for which the insured is reasonably suited by education, training or experience, the corporation shall, subject to section 85, pay to the insured for the duration of the total disability or 104 weeks, whichever is shorter, the lesser of the amounts determined under paragraphs (a) and (b)”

Although she had initially returned to work, Symons applied, in January 2013, to ICBC to reinstate disability benefits However, ICBC had argued that its obligation to pay benefits ended when Symons returned to work in May, 2008, and that she did not qualify for disability benefits because she was not disabled at the end of the 104-week benefit period. Symons asked the court for a declaration that she was entitled to disability and medical rehabilitation benefits.

“The 104-week period for payment to Ms. Symons under s. 80 ended on April 27, 2010,” Justice Bennett wrote. “At that time, she last received a disability benefit dated May 2, 2008. Her total disability occurred later. Section 86 says ‘where an injury for which disability payments are being paid to an insured under s. 80 … continues, at the end of the 104 week period, to disable … the corporation shall … continue to pay.’ That section, ICBC says, is clear and unambiguous, and therefore, that is the end of the analysis.”

However, quoting case history, the courts ruled that the wording of the regulation “should be considered in the context of the legislative scheme ‘to provide a universal, compulsory insurance program … and access to compensation for those who suffer losses’ from motor vehicle accidents,” Justice Bennett wrote.

Symons “qualifies for benefits under s. 86, even if she was not disabled on the ‘magic’ day at the end of 104 weeks,” Justice Bennett wrote. “This interpretation is consistent with the object of the [B.C. Insurance (Vehicle)] Act – to provide no-fault benefits for persons injured in motor vehicle accidents.”

Among the decisions cited was a Supreme Court of Canada ruling, released Jan. 22, 1998, in Rizzo & Rizzo Shoes Ltd. (Re).

The issue on appeal in Rizzo was whether a bankruptcy resulting in termination of employment, in Ontario, gives rise to “a claim provable in bankruptcy for termination pay and severance pay” in accordance with Ontario’s employment standards act.

In April, 1989, a petition in bankruptcy was filed against retail shoe chain Rizzo & Rizzo Shoes Ltd. A court-appointed receiver paid the former employees the wages, salaries, commissions and vacation pay owed to them up to the time they lost their jobs.

The following August, Ontario’s labour ministry delivered a proof of claim to the trustee in bankruptcy for termination pay. The trustee disallowed the claim “on the grounds that the bankruptcy of an employer does not constitute a dismissal from employment,” wrote Mr. Justice Frank Iacobucci of the Supreme Court of Canada, which restored a ruling of the Ontario Court General Division and overturned the Court of Appeal for Ontario.

The Court of Appeal for Ontario found that Ontario’s Employment Standards Act “appears to restrict the obligation to pay termination and severance pay to those employers who have actively terminated the employment of their employees.”

But in its ruling released in 1995, the Court of Appeal for Ontario “did not pay sufficient attention to the scheme of the ESA, its object or the intention of the legislature; nor was the context of the words in issue appropriately recognized,” Justice Iacobucci added, in the Supreme Court of Canada’s unanimous decision.

In 1991, Mr. Justice James Farley, of the Ontario Court General Division, had overruled Rizzo’s trustee in bankruptcy, allowing claid for severance pay “as unsecured claims provable in bankruptcy.” Justice Farley found that the Ontario ESA was “remedial legislation and as such it should be interpreted in a fair, large and liberal manner to ensure that its object is attained according to its true meaning, spirit and intent.”

When the words of the ESA “are examined in their entire context, there is ample support for the conclusion that the words ‘terminated by the employer’ must be interpreted to include termination resulting from the bankruptcy of the employer,” wrote Justice Iacobucci on behalf of himself and the four other judges hearing the appeal from former Rizzo employees. Concurring were Mr. Justice Charles Gonthier, Mr. Justice Peter Cory, Madam Justice Beverley McLachlin (now Chief Justice of Canada) and Mr. Justice Jack Major.

In Rizzo, the Supreme Court of Canada “concluded that the plain language analysis alone was an incomplete analysis,” Justice Bennett wrote in 2016 in Symons.

In Rizzo, the Supreme Court of Canada “held that the ‘consequences or effects’ of an interpretation cannot be incompatible with the object of the enactment in question,” she added.