Fifteen years after their auto accident, an elderly couple representing themselves in court lost their bid to further postpone their claim against their auto insurer, following years of adjourning trial dates and failing to show up in court. 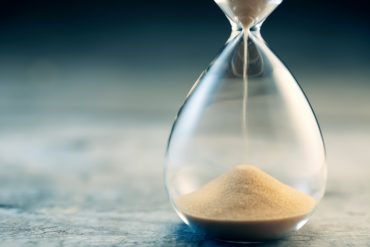 “The trial judge concluded that this case had reached the point where ‘the court must say enough is enough,’” wrote the Court of Appeal for Ontario, which dismissed the couple’s action against Aviva Canada.

Omelian Romanko and Neonila Romanko made a claim against Aviva after their auto accident in 2003. The case wound through the courts for several years, beset by the couple’s multiple changes of counsel and their failure to abide by court orders.

After a jury trial date was set for May 2015, the court adjourned the case at the request of the couple because of Mr. Romanko’s health concerns.

A new trial date was set for Apr. 10, 2017. But the couple were not ready on that date either. They produced no evidence to show that Mr. Romanko was medically unfit to present evidence at trial, nor did they give any indication as to when he would be able to testify at trial.

When a new court date was set for April 12, the couple didn’t show up. The trial judge gave the couple one last chance on Apr. 18, before dismissing the claim altogether.

“The trial judge appreciated that dismissing the [Romankos’] action was a drastic remedy,” the Appeal Court ruled. “She concluded that it would be manifestly unfair to [Aviva] to further adjourn the trial and that the court must control its own procedure to ensure fairness to all litigants. If adjourned, a new trial date could not be secured for another two years.”

Finally, the trial judge concluded: “[w]hile I appreciate Mr. Romanko had an incident of difficulty with speech in December 2016 which has led to a series of medical tests, there is no evidence that he is unable to testify on his own behalf at trial or that there is any urgency to his medical condition. He is 78 years of age.”

The Romankos appealed the trial judge’s decision, effectively arguing that they were elderly and self-represented, Mr. Romanko has health issues, and that the trial judge had erred by not granting a further adjournment of their jury trial. They maintained that the trial judge provided insufficient reasons, an argument that failed to convince the Court of Appeal.