Court upholds fake gun exclusion, but not because they are illegal

An Alberta judge has taken a dim view of a mutual insurer’s argument that fake guns made of plastic with bright plugs in the barrels are actually replicas prohibited by federal law and therefore excluded from contents coverage under a homeowner policy. 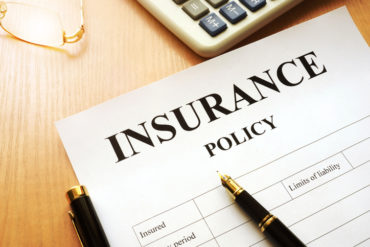 In Windsor v. Portage La Prairie Mutual Insurance Company, Portage tried, without success, to rely on a homeowner’s policy exclusion for illegal property in an insurance claim made by Sylvan Lake resident Tracie Windsor for the fake guns. The claim related to a garage break-in.

Portage argued the federal Firearms Act includes replica firearms, designed to “exactly resemble” or “resemble with near precision” a firearm, in the definition of prohibited devices.

But Provincial Court of Alberta Justice Gordon Yake found the fake guns that were stolen were actually made of plastic, similar to toy guns that are not considered prohibited weapons. Unlike real firearms, court records indicate the prop guns stolen from Windsor’s garage had orange or red plugs fixed to the barrels.

The court nevertheless upheld Portage’s denial of the claim for the stolen fake guns, finding that the guns were not “usual to the ownership or maintenance” of the home property and were in fact owned by a person who rented a room, the court ruled in a decision released Dec. 13.

Portage insured Windsor’s home in Sylvan Lake, west of Red Deer, when her garage was broken into in June 2016. Windsor sued Portage for $34,155.22 after it denied her claim.

Justice Yake ruled largely in favour of the insurer. Windsor ultimately received $375, which covered damage to the garage after the $1,000 policy deductible was applied, and the court found she was not covered for the fake guns that were stolen. Those fake guns were intended to be used as props in a movie but nonetheless the judge rejected Portage’s argument that an exclusion for business goods applied.

The fake prop guns were originally bought by Blayne Wendland, a friend who periodically lived at Windsor’s home and who made movies in the past. Wendland pledged the prop guns to Windsor in a promissory note after she loaned him money.

Because Wendland paid rent, Justice Yake ruled that Portage could deny coverage for the stolen movie-prop guns because the policy excludes “property of roomers or boarders” who are not related to the insured.

Justice Yake also said Portage could rely on the policy wording that Portage insures contents “and other personal property you own wear or use, while on your premises, which is usual to the ownership or maintenance of a dwelling.” The fake guns were not “usual,” the judge found.

Justice Yake also ruled that he could not calculate how much Windsor lost as a result of the theft of the prop guns. No receipts or invoices were entered as evidence and Wendland did not testify as to how much the prop guns cost, who he bought them from or when he bought them.