TORONTO – A large majority of Canadians are reluctant to do business with companies that suffer a data breach, according to a new study released Monday by KPMG.

The report also says about one-quarter of the people surveyed for the report have had their login credentials stolen from a trusted site.

KPMG conducted the poll about a month after the federal government revealed in August that thousands of stolen usernames and passwords had been used to apply for services. 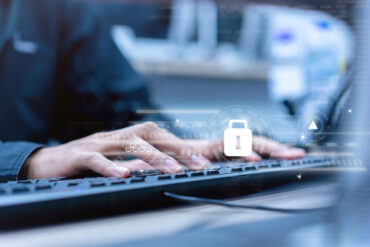 The Treasury Board of Canada has since announced that it uncovered suspicious activities on more than 48,000 Canada Revenue Agency accounts following cyberattacks that occurred in July and August.

Among other things, the CRA managed access to federal financial support programs related to the COVID-19 pandemic. Online access was temporarily suspended but resumed by Aug. 19.

Although KPMG didn’t mention any specific incident, it did say cybersecurity threats had become more of a problem because the COVID-19 pandemic fuelled greater use of online accounts for working, shopping and connecting with other people.

Hartaj Nijjar, a KPMG partner and national leader of its cybersecurity practice, said that organizations should take a harder look at the systems and protocols.

“Cyber criminals are ruthless. They’re after your identity, login credentials, money, and sensitive information,” he said in a statement

The KPMG poll, which comes ahead of a government-led national public awareness campaign, found evidence that data breaches can alienate customers.

KPMG says 84 per cent of respondents would consider taking their business elsewhere if a company failed to keep their data safe.

It also says 90 per cent of them said they were “leery” about sharing their personal or financial information with any organization that’s had a data breach.

Online polls can’t be assigned a margin of error because they’re not considered truly random.

However, 54 per cent of the poll’s respondents said they shop online more than they ever did pre-COVID-19.

An equal number said they have received “a lot more” suspicious emails in the last six months.

And, while 25 per cent of respondents overall said they’d had their login credentials stolen from a trusted site that was hacked, some subgroups were more susceptible than others.

For instance, KPMG said 34 per cent of respondents aged 18 to 34 had suffered from stolen credentials.

— with files from CP reporter Jim Bronskill in Ottawa