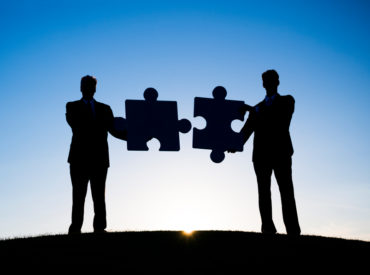 Effective Nov. 1, the company’s brokerage operations will integrate under the A.P. Reid brand, and Daniel Robinson, the president and owner of RIB, will join the A.P. Reid management team as their western regional manager, A.P. Reid said in a press release.

The entire RIB team are expected to remain with the newly merged offices, A.P. Reid added.

The move is the latest step in A.P. Reid’s national expansion plan, the commercial and personal lines brokerage said in the release. In 2014, they acquired Robert C. Davis Insurance brokerage in Ontario, and last year, they purchased two group auto and home insurance portfolios, and established an office in Edmonton.

“It’s exciting to be an integral part of a well-known and respected firm from the east, just as they are about to launch a major western expansion,” Robinson said in the release. “As a broker, customer service is paramount. Having the heft of the A.P. Reid national operation behind us will enable us to offer more choices and even better services to our clients.”

RIB is a “well-known and respected” commercial lines insurance brokerage with clients throughout Alberta, British Colombia, the Northwest Territories, Nunavut and Saskatchewan, the release said. RIB’s roots date back to 1859 as the former central and northern Alberta branch of nationally recognized Dale & Company. Robinson has been at the helm of the family-owned business since 2008, when he took over from his father.

“We are very excited for the opportunity to have Daniel and his team join our firm and lead the next phase of our western expansion,” said Jamie Reid, president and CEO of A.P. Reid. “Their expertise with complex commercial accounts, including several exclusive programs, fits like a glove within our Commercial Lines division; and also compliments our Group Auto and Home division, who are actively signing up new employers to provide savings to their employees.”