Distributed denial of service (DDoS) attacks in the first quarter of 2017 were growing shorter, more complex and persistent, according to a new report released on Monday. 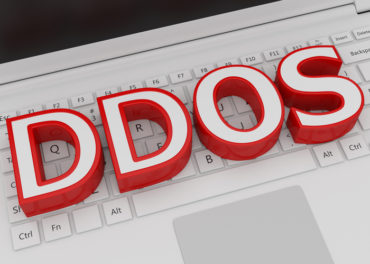 On a macro level, DDoS assaults grew shorter, but also more complex and persistent, Imperva said in a statement. Eighty per cent of all attacks lasted less than an hour; 90% of all network layer attacks lasted less than 30 minutes, compared to 78.2% in the prior quarter. Forty per cent of all attacks were multi-vector assaults, compared to 29% in Q4 2016, while 19% of targets were attacked 10 times or more, up from 13.1% in Q4 2016.

In terms of worldwide botnet activity, almost 69% of all DDoS attack requests came from China (50.8%), South Korea (10.8%) and the United States (7.2%). Consistent with previous quarters, the United States, United Kingdom and Japan continued to top the list of most targeted countries, the statement added. Joining that list – for the first time in the past year – were also Singapore and Israel.

Igal Zeifman, Incapsula security evangelist at Imperva, reiterated in the statement that DDoS attacks grew more persistent in the first quarter. “Specifically, 74% of targets suffered repeat assaults during the quarter, with 19 per cent being hit 10 times or more. In both cases these numbers were the highest ever on our record,” Zeifman said. “In the most extreme case, an established U.S.-based science news website was hit 1,046 times by low-volume bursts lasting 10 minutes or less.” 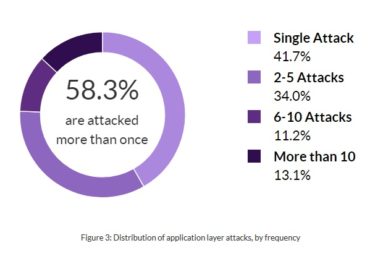 Zeifman suggested that these attacks are a “sign of the times,” as launching a DDoS assault has “become as simple as downloading an attack script or paying a few dollars for a DDoS-for-hire service. Using these, non-professionals can take a website offline over a personal grievance or just as an act of cyber vandalism in what is essentially a form of Internet trolling,” he said.